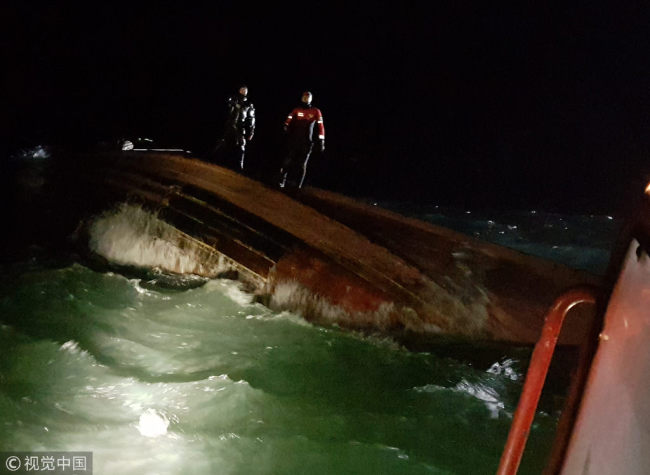 A Chinese fishing vessel was found capsized in waters west of South Korea early Sunday morning. Rescue and search operation is underway by local coast guard and there were no immediate reports on casualties, according to Chinese embassy in South Korea.