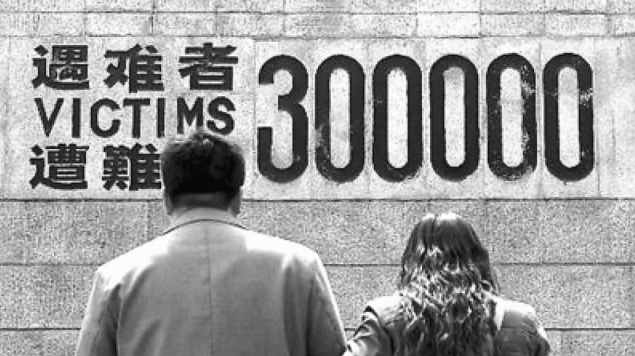 China's non-governmental organizations and society have taken steps to ask the Japanese government to apologize to the victims of the Nanjing Massacre, recognize history and pay suitable compensation ahead of China's National Memorial Day for Nanjing Massacre Victims.

Chinese Civil Claims against Japan Federation wrote a letter to the Japanese Embassy in China seeking an apology from the Japanese government to the victims of the Nanjing Massacre and compensate the victims and their surviving descendants, Tong Zeng, president of the federation, told the Global Times.

"Japan surrendered unconditionally 72 years ago and the Japanese government should have learned the lessons from World War II. However, we notice that the Japanese refuse to admit their crimes by seeking all kinds of excuses, and also want to revive militarism by rewriting their constitution. Japan has never apologized for the Nanjing Massacre or reflected on it," read the letter addressed to Japan's Ambassador to China, Yokoi Yutaka.This is the federation's third time to send a letter to the embassy, but has not received any reply, Tong said, adding that the demand for an apology from the Japanese government is meant to urge it to recognize history, which would benefit Sino-Japanese ties in the long run.The Japanese Embassy failed to reply to the Global Times as of press time.Aside from the federation's demand for an apology, more groups in China have taken similar steps.China Central Television (CCTV) began streaming a five-episode documentary on comfort women from Monday to Friday. This is the first documentary which describes the Japanese government's and military's "comfort women" system during World War II, and features historical records, witness testimonies, video evidence and other physical evidence, the Xinhua News Agency reported. "It is significant to release the documentary before the 4th National Memorial Day for Nanjing Massacre Victims, which falls on Wednesday, as the 'comfort women' issue is a focus among the remaining WWII issues, and involves countries once occupied by Japan," said Su Zhiliang, the head of the Research Center for Chinese Comfort Women at Shanghai Normal University and an adviser to the documentary.The documentary will also be streamed in Japan to allow more Japanese to know the history and truth as the Abe administration tries to erase Japan's crimes in textbooks, Su said.A group of Chongqing war survivors flew to Japan on Friday to listen to the second verdict of their lawsuit, chinanews.com reported. The Imperial Japanese Army Air Service and Navy Air Service dropped over 11,500 bombs on Chongqing and nearby areas from February 1938 to August 1943.