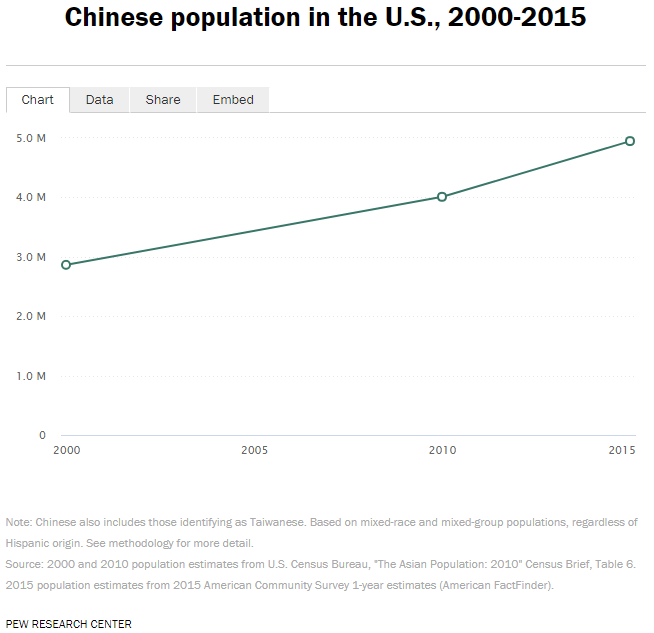 Assimilation into US society is the biggest challenge for most immigrants. Culture shock and feelings of loneliness are part of the Chinese immigrant experience, and no two stories are alike.

As the saying goes, “Everybody has their own story,” and Chinese immigrants assimilating into US society are no exception.  Here a just a few of those stories:

English as a Second Language (ESL)

Southern California is home to many language centers that help non-native speakers learn English, and some offer courses free of charge.

Yang was 16 years old when she emigrated from China to the US with her family.  In high school, she had to take English languages which she did not enjoy.

“I couldn’t do anything or go anywhere. I couldn’t read restaurant menus or bus information because everything was written in English," she said, while pointing to this period in her life as the moment when she realized how important it was to learn English.

Yang went to an ESL center in her neighborhood and signed up for an English language class.  The school offered classes for Chinese immigrants living in Chinatown and provided them with free transportation.

Two years later, Yang went to college and majored in accounting. After she graduated, she landed a job with an accounting firm in Santa Monica.

“The language classes, especially the one-on-one tutoring, not only helped my English skills,” emphasized Yang, “but also helped me assimilate into American society.”

Southern California is home to many ESL centers for adults who want to sharpen their English language skills. And many locations offer free classes for those in need.

“I took free classes at a language school for adults when I first arrived,” said Wendy Liu, remembering how difficult this period was because of the language barrier.

Schools designed for immigrants over the age of 18 offer classes on communication skills and American culture providing necessary knowledge for everyday life. And there are courses that teach them how to interview for a job, and then keep the job after they’re hired.

“The adult school was a good place to improve my interview skills so I could get a good job,” said Liu, who landed a job three months after enrolling in one of the classes.

Most schools offer courses on the legal system, how to receive medical attention and assistance with preparing for the US citizenship exam.

Liu was able to get her green card through the California Adult Education Program, and seven years later became a naturalized US citizen. 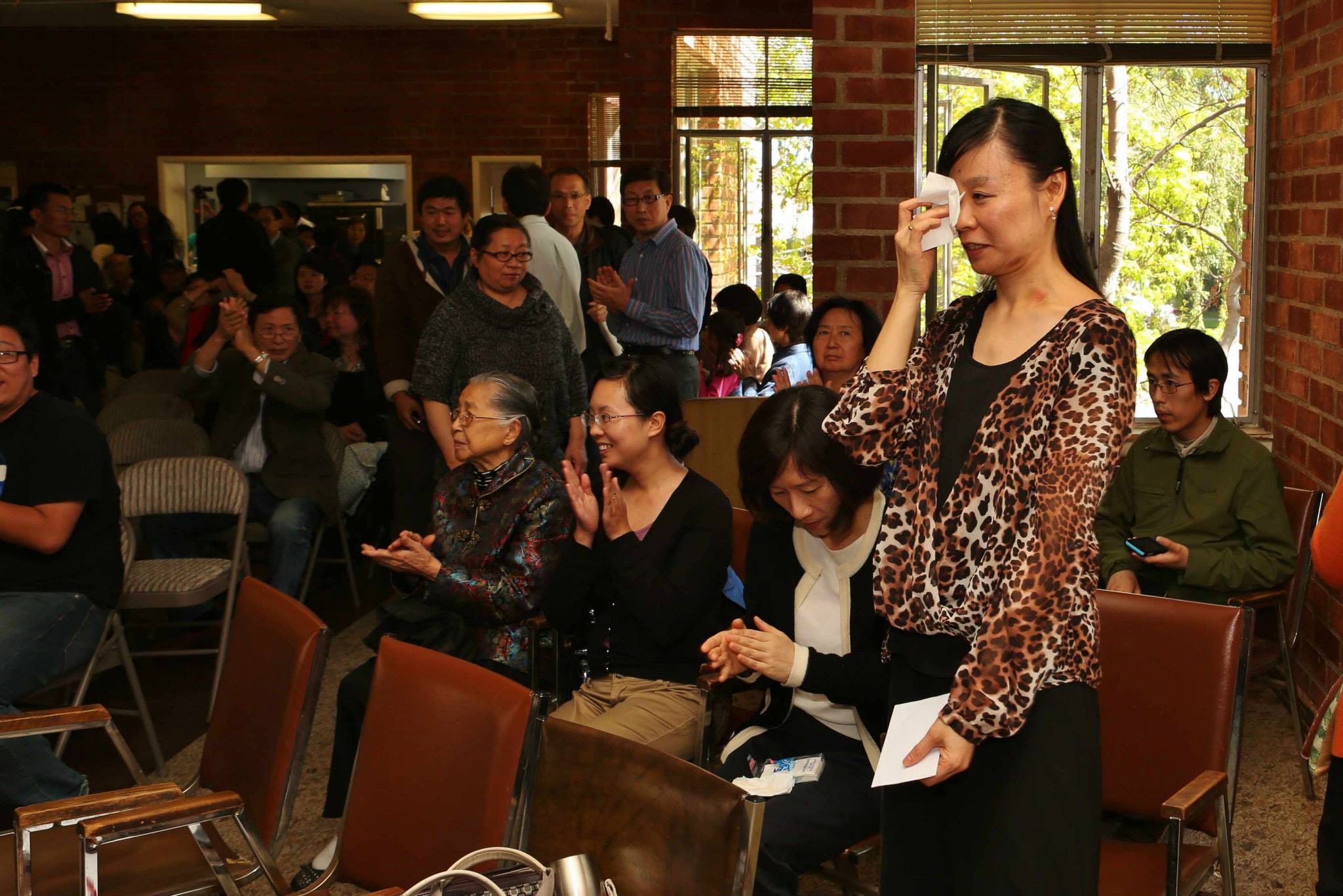 “Every Sunday we worship at separate churches,” said Jennifer Li, who attends a Chinese Christian church while her husband Edward goes to an English-speaking church.

“Though we go to different churches, we share the same religious belief,” she explained, “our faith has helped us overcome cultural difficulties and communicate better with one another.”

A devout Christian for two decades, today Jennifer is a successful business owner in the acupuncture clinic industry. She feels her 30-year marriage is a result of their religious faith.

“If we weren’t Christians,” Jennifer smiled, “we probably would have divorced each other ten times by now.”

April Wu is a costume designer in Beverly Hills. After she married her husband Bob, they moved in with his parents.

“It is hard for a married couple to live with either spouse’s parent, and the relationship between the wife and mother-in-law is not easy to maintain,” Wu said.

Adding to the difficulties at home, her mother-in-law was a devout Buddhist.

“I needed answers and turned to Christianity for help,” Wu remembered, and their relationship improved.

Her mother-in-law became ill and Wu took care of her day and night.

When her mother-in-law became ill, she took care of her day and night, and they grew closer as a result.

“She expressed interest in my religious beliefs and converted to Christianity,” recalled Wu.

“We lived several miles from the grocery store, and didn’t have a car,” said Henry Xu, remembering the days when he was in college and how his alumni friends would drive him to the store.

Xu and his wife Jenny Fu moved to the US over twenty years ago. When they arrived, they were young doctoral students embarking on a new journey.

“We were just poor students and didn’t know anybody,” Xu’s wife recalled, “luckily we found our group, the Chinese alumni association from our undergraduate college in China.”

“We got help from the association,” Xu remembered, “we were able to conquer the financial and culture barriers during the first year of my doctorate studies.”

Today, Xu is a research scientist with a pharmaceutical company and Jenny is a lab scientist at a medical center in Los Angeles.

“We are away from our country, family, and friends,” they both said, emphasizing how important it was for them to connect with their Chinese alumni group.

“We didn’t feel as homesick and they helped us assimilate into US society,” said Xu. 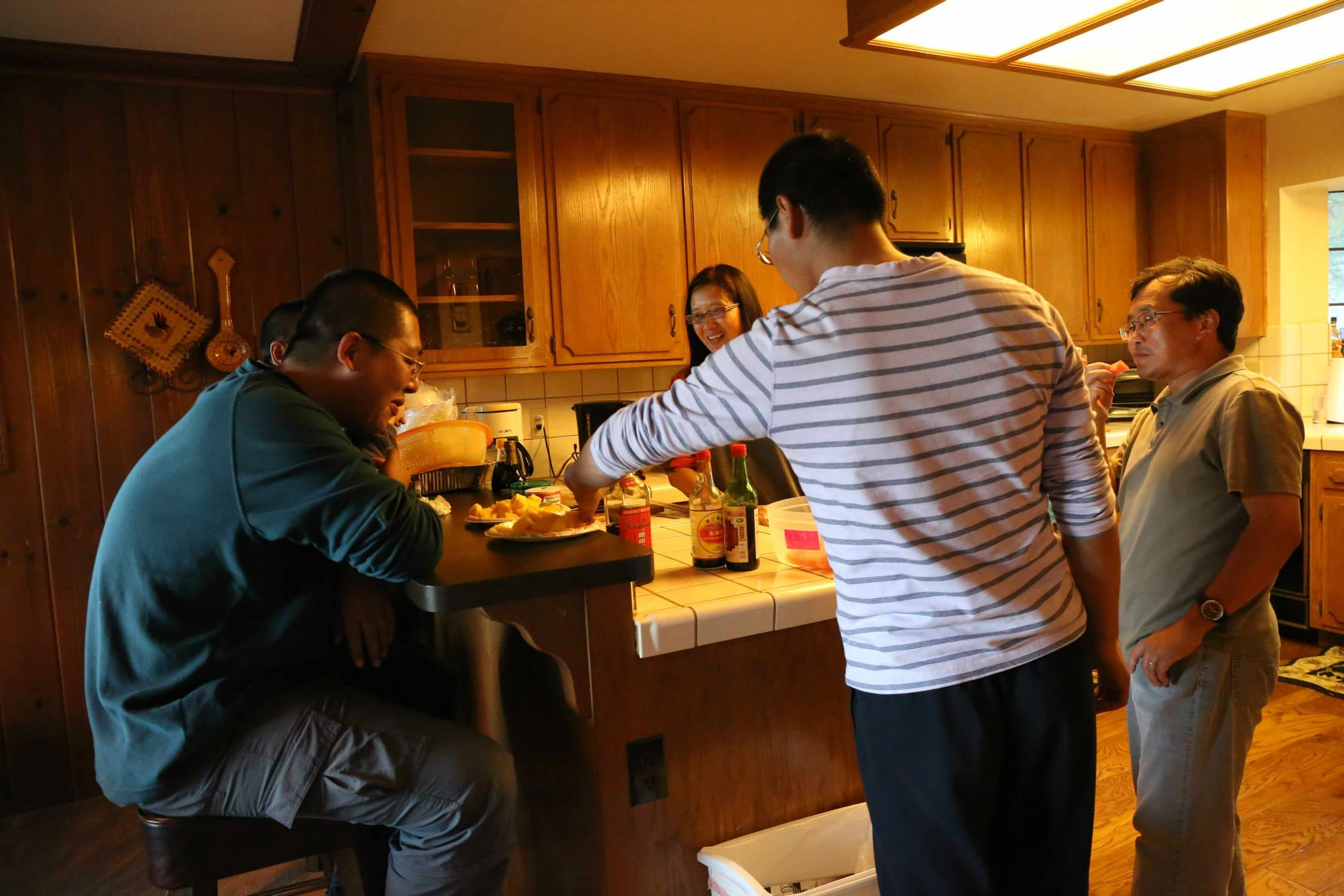 Chinese nationals make it a point to keep their cultural roots intact while living in US communities. They, after living in the US for many years, still maintain their traditional culture.

“I was born in the US, but my parents lived in China for 30 years.  At home, they instilled in me traditional Chinese values and social manners,” said Diana Zheng, a 23-year-old college graduate.

“Despite different assimilation experiences, Chinese in the US maintain traditional Chinese values,” said Diana’s father, Jim Zhang, and added, “We like to celebrate the big Chinese holidays, such as Chinese New Year and Autumn Festival with one another.”