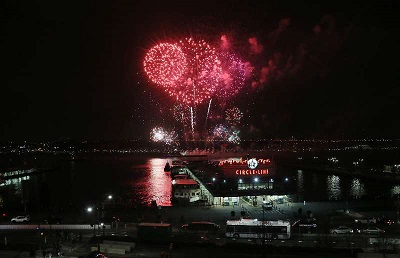 New York (People’s Daily ) - As Spring Festival, Chinese Lunar New Year, is around the corner, a series of celebrations are going on in not only Chinese community, but also main stream society of the New York City.

The iconic Empire State Building in Midtown Manhattan was lit up in honor of Chinese traditional festival. Chinese Consul General Zhang Qiyue and John B. Kessler, President of Empire State Realty Trust, flipped the switch on Tuesday to light up a model of the building during the ceremony.

Designed by a group of professors from China Central Academy of Fine Arts(CAFA), the beautiful color on the top of the Empire State Building was shifted from red to purple, blue and white, symbolizing the warmth, love and peace.

The light show will shine through Friday.

The highlights came together with a splendid fireworks show Wednesday night. Also designed by CAFA talents, the fireworks focused on red and golden color, symbolizing the good hope and good luck to the people of both countries.

The fireworks show also came as New Yorkers celebrated the Valentine Day. The fireworks high over the Hudson River were expected to bring joy and entertainment to both Chinese people and American people in this festival season.

Consul General Zhang said at the gala that she welcomed the guests to enjoy Chinese Lunar New Year together.

She recalled the year of 2017 was a landmark for China. The 19th National Party Congress was successfully convened and the China’s economy was getting better and better.

Looking ahead, she said she hopes to join hands with the guests to make the China-US bilateral relation a healthy one.

Mr. Bill de Blasio, the Mayor of New York City, sent a written message to congratulate the Chinese community for the Lunar New Year, saying the diversity is the strength of the city. 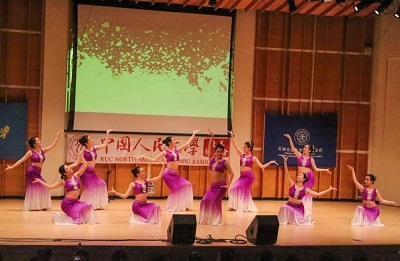