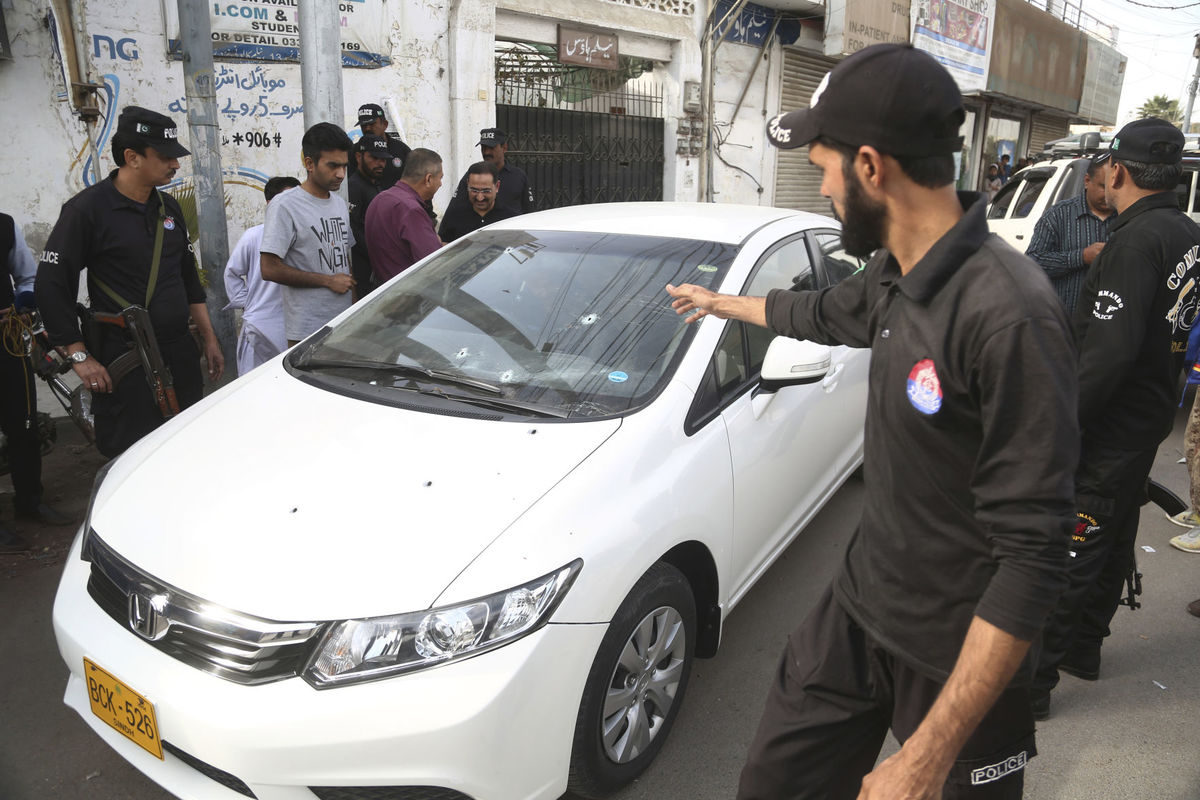 Pakistani police officers exmine the car in which two Chinese nationals were targeted in Karachi, Pakistan on Feb.5, 2018. (Photo: AP)

A Chinese citizen died and another was injured by gunfire in Karachi, Pakistan, on Monday, according to Chinese embassy in Pakistan.

The two Chinese were in their car in the Zamzama district when the attackers in another car opened fire on their vehicle.

One of the Chinese suffered two bullet wounds to his head and the other was shot in the leg, senior police officer Azad Khan said.

Given the severe situation, the Chinese embassy in Pakistan said in an alert that Chinese citizens in Pakistan should maintain sharp vigilance and enhance safety awareness, protecting themselves with security guards if possible. They also suggested avoiding going out or heading to crowded places unless necessary.

Chinese citizens are advised to call the police and contact the Chinese embassy in Pakistan immediately in an emergency.