For the first time, instead of flowers, Bai Jiexin has bought her mom "something more practical" for  Mother's Day, which falls on Sunday -- an electric toothbrush.

"I hope this gift will make her enjoy a more high-quality life," Bai said.

Bai doesn't worry about if her mother, in her fifties, will accept the new device as she has been a technophile for the past 10 years and bought a Sony laptop online as early as 2007. 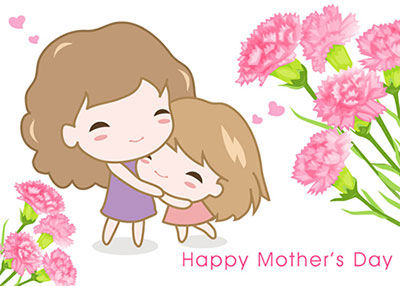 "Back then, the delivery service wasn't so convenient. My mom had to travel more than 100 kilometers to get the laptop from the logistic station in another city," Bai said.

Though Bai's mother was different to her peer group 10 years ago, she is much less distinctive today, as more young people are taking their mothers into a new era through new gifts.

Entering the new century, more Chinese people began to celebrate Mother's Day and flowers have long been the popular gift.

More people, however, try to buy electronics or smart devices for their mothers in recent years, making the Mother's Day a new entrance for middle-aged or elderly women to have a smarter and more convenient life.

"Bought the cleaning robot as the Mother's Day gift, a little earlier though, it doesn't matter compared with freeing mom from the tiring cleaning work," said a comment, about a cleaning robot, on China's leading online retailer JD.com.

Both JD.com and its rival Tmall.com have begun their sales campaign several days ahead of this year's Mother's Day, with colorful webpages advertising electronics, including not only smartphones but also cleaning robots and smart televisions.

Physical stores have also been welcoming customers brimming with filial piety. In an outlet of popular Chinese electronics brand Xiaomi near Xizhimen of downtown Beijing, the number of customers buying smart devices for their parents has increased by about 30 percent in the last week, according to a salesman surnamed Fu.

Smartphones are the most popular choice. Most customers bought phones priced at less than 2,000 yuan (about 315 U.S. dollars), which can be used to surf the internet and take photos, but are not too expensive.

"The elderly have reversed their attitude toward smartphones during the past two years, and the smartphones their children bought for them might be the main reason, from what I can see," Fu said.

"I've bought my mom a voice-controlled smart speaker for this Mother's Day, so that she can use it to enjoy Chinese operas," said Fu, who bought his mother a Xiaomi smartphone two years ago.

As  society undergoes huge changes brought by new technology, with prices of smart devices dropping and new devices coming out, the elderly, who used to think such devices were complicated and unnecessary, have changed their minds.

More than 10 percent of China's online population was aged over 50 in 2017, said a report jointly released by Chinese internet giant Tencent and the Chinese Academy of Social Sciences in March.

Bai's mother has recently become obsessed with Bilibili, a Chinese video sharing website popular with the post-90s generation. "She nicknames it 'B Station,'like many young people do," Bai said.

Worrying about whether the electronic brush is "fresh" enough to surprise her mother, whom Bai describes as "a pioneer of her generation," Bai is already considering her gift for Mother's Day next year.

"I'm planning to buy something cooler for her next year," she said.