The Chinese delegation held its flag-raising ceremony at the Gangneung Olympics Village on Wednesday, two days before the PyeongChang Winter Olympics opens. 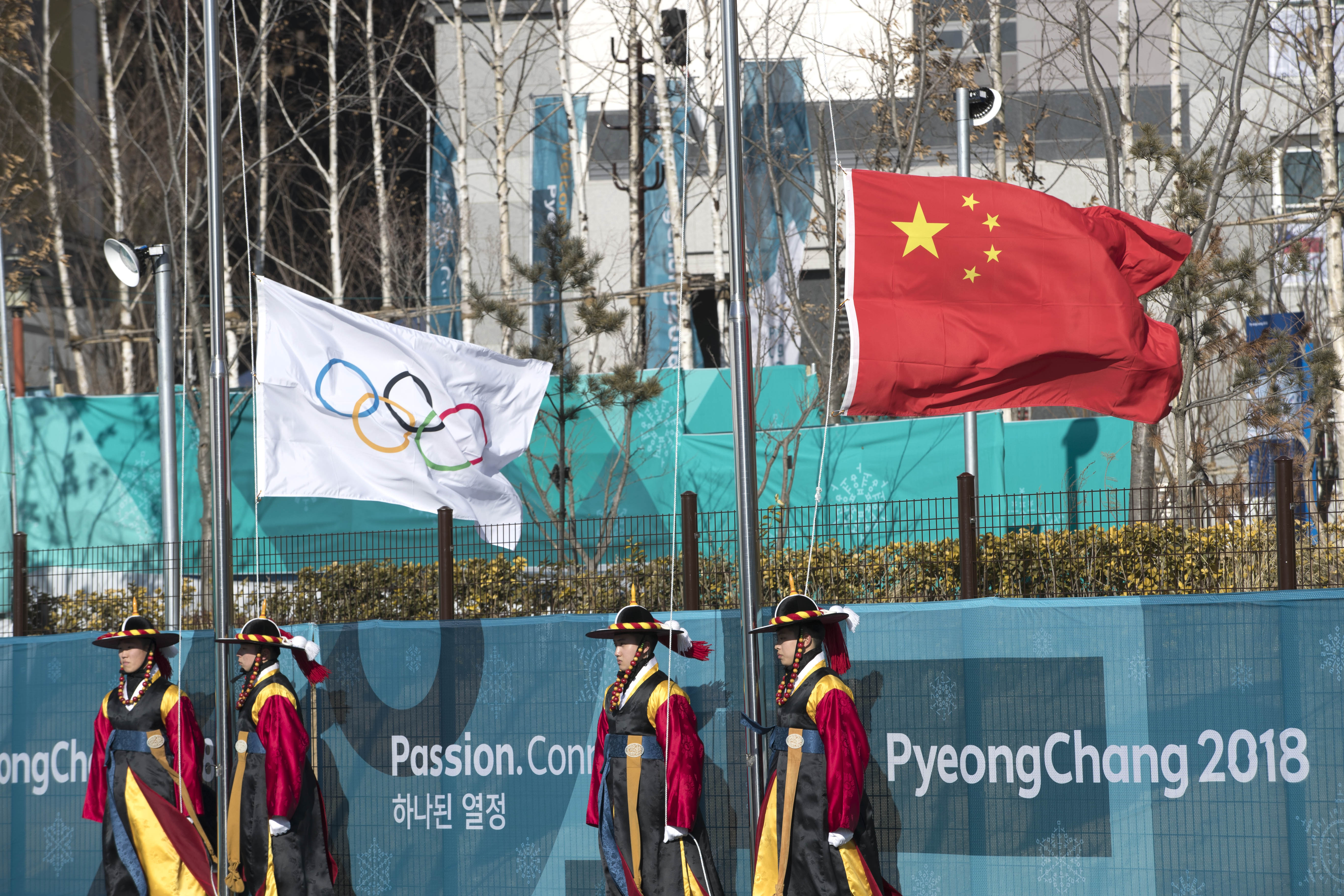 The delegation, headed by Gou Zhongwen, sent about 60 people from figure skating, short track speed skating and speed skating to attend the ceremony. 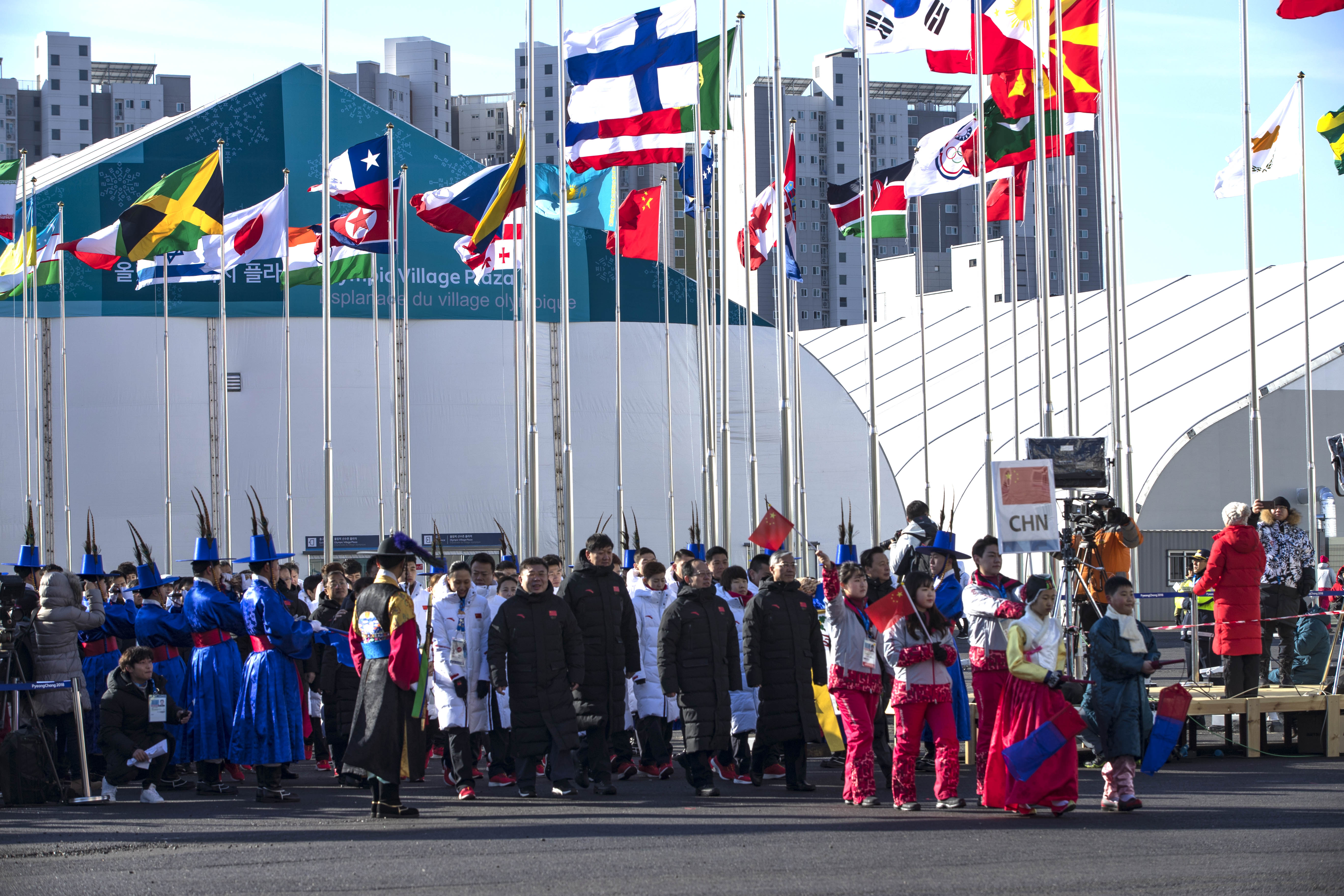 As a summer sports power though, China had not won a Winter Olympic gold until the Salt Lake City Games in 2002.
Gao said Chinese athletes "came to learn" in PyeongChang, but stopped short of disclosing anything regarding China's medal expectations.
"After Beijing's successful bid to host the 2022 Winter Olympics, more and more athletes from summer sports have switched to winter, and they have been training very hard in snow sports," he added.

Short track speed skater Zhou Yang has been named China's flag-bearer in the PyeongChang Games opening ceremony. She won the women's 1,500m in both Vancouver 2010 and Sochi 2014. 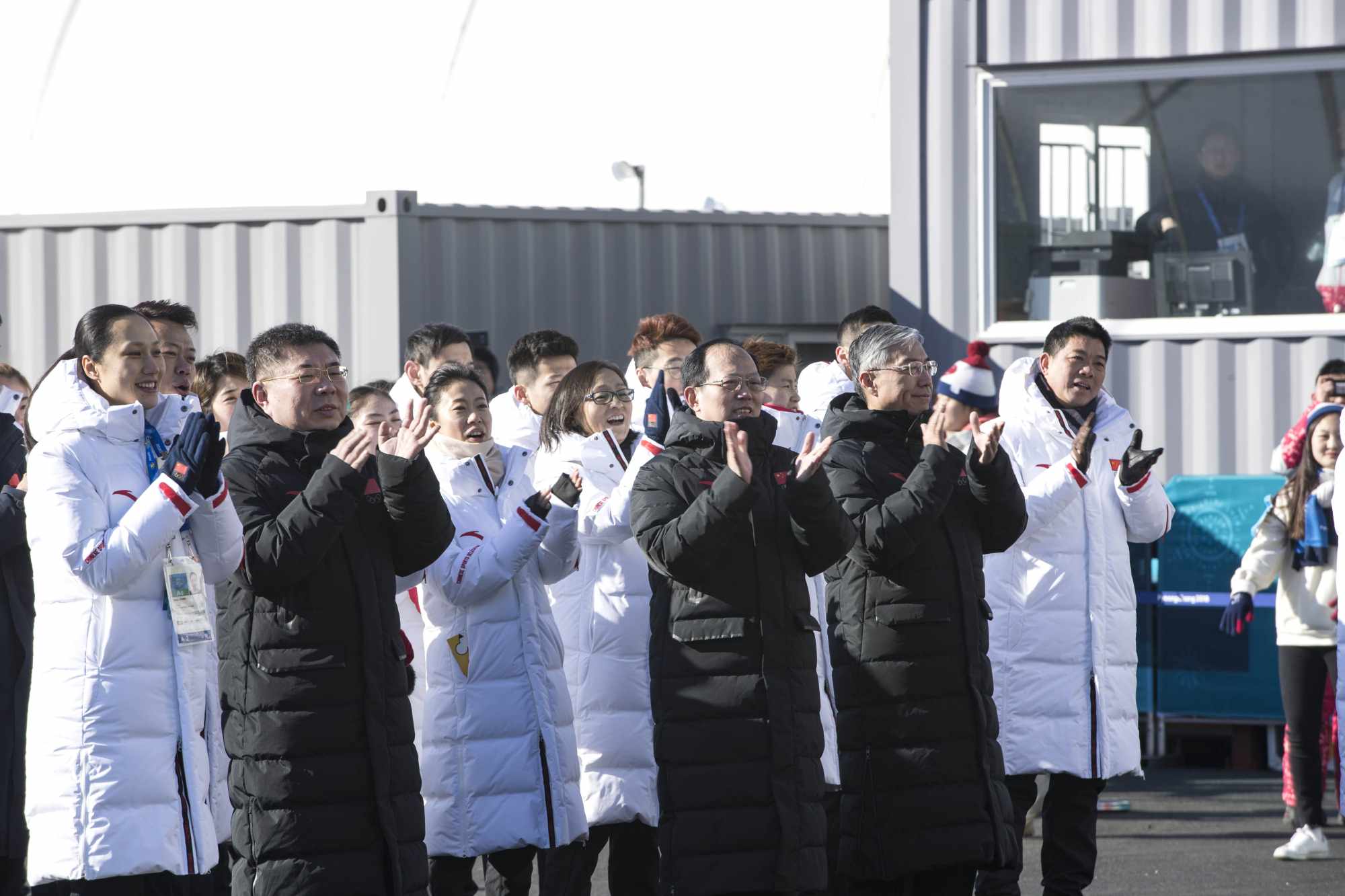 "It's an honor to become the flag-bearer at the PyeongChang Games. It's my third Olympic Games," she said.

"It also means responsibility. The experience as a flag-bearer will definitely boost my confidence in competition."

China has won nine gold medals from short track speed skating, out of 12 golds the country has won in its winter Olympic history. China brought home two golds, both from women, and three silvers, in the Sochi Games.

Short track skater Wu Dajing, two-time World Cup series winner over 500m this season, said that he was looking forward to the competition.
"I enjoyed the life in the village and I have met some of my major opponents. They are also old friends," said the silver medalist in the Sochi Games.
"For me, the Winter Olympic competition is just the same with the World Cup series and the Worlds Championships. The opponents are the same, and the competition format is also the same. So, just relax," he added.
After the flag-raising ceremony, the PyeongChang Olympics organizers arranged a welcome performance featuring a mixture of Korean traditional dance and modern hip-hop.

The Chinese athletes will compete in 55 medal events of 12 disciplines over five sports at the Olympics set to open on February 9.