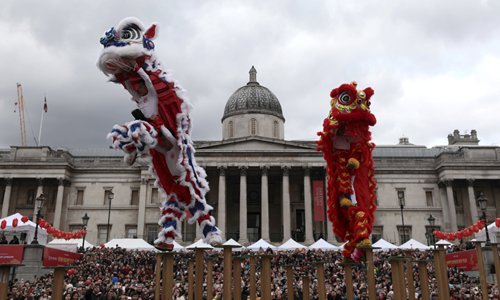 Spring Festival celebrations, marked with traditional performances and family reunions around the country, have passed and China's week-long New Year holiday is coming to an end.As the Chinese diaspora increases and international communications rise, the occasion was also celebrated as a popular cultural event in Western countries.Ironically, many complain that Chinese New Year in China is becoming less festive than it used to be back when people had far less material gains.Fireworks are also less frequently seen and heard as more urban centers adopt stricter rules in preference for cleaner air and less-noisy cities.During the holiday week, many factories and industrial productions are halted while workers return home. It's also an occasion for local residents to have a rest, laze about at home or travel abroad.Perhaps the only headache for holidaymakers in China is obtaining tickets during the peak travel period. Train stations and airports quickly become overcrowded and the highways congested as people return to the big city for work in a very diligent Year of the Dog. 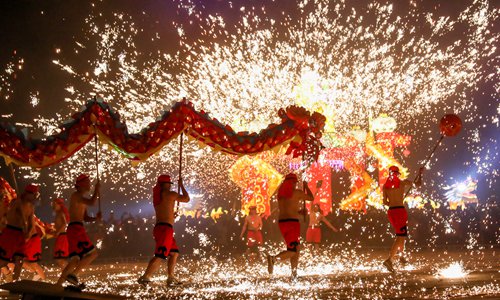 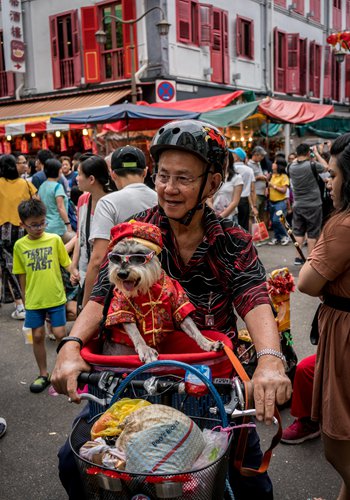 A man carries his pet dog, which is dressed in a traditional costume, in Singapore on February 18. Photo: VCG

People enjoy a firecracker ceremony to mark the first day of the Lunar New Year in Chinatown, a neighborhood in Manhattan, New York City, on February 16. Photo: VCG 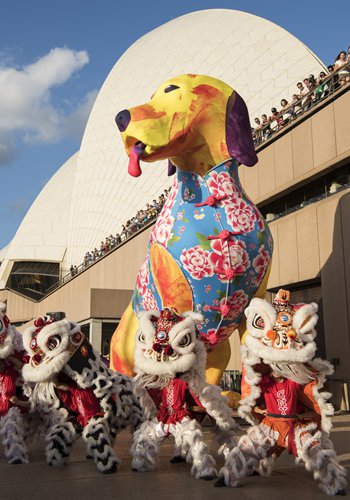 A general view of an eight-meter-high dog lantern at the Sydney Opera House on February 16 in Sydney, Australia. Photo: VCG 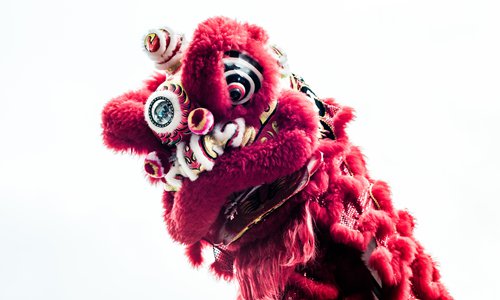 A lion dance performer at the Trafalgar Square in central London. Photo: VCG