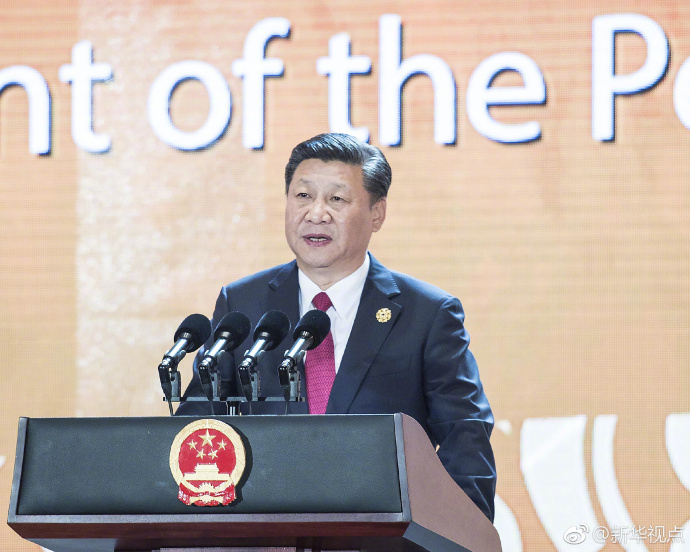 Chinese President Xi Jinping called for closer cooperation between the Asia-Pacific Economic Cooperation (APEC) and the Association of Southeast Asian Nations (ASEAN) on November 10, 2017.With APEC being the most influential platform for economic cooperation in the Asia-Pacific region and ASEAN being an organization of regional integration with greatest vitality and potential, the two mechanisms will enjoy a bright future for cooperation, Xi said at an informal dialogue between leaders from both sides, pointing out the shared notion and principles between the two mechanisms.Xi proposed the two sides work together to advance regional economic integration.He said both sides should make joint efforts to build an open economy in Asia and the Pacific as well as a framework of regional cooperation featuring equal consultation, common participation and all-win results with a view to a free-trade area of the Asia-Pacific.Xi said China stands ready to work with ASEAN in pursuit of an early conclusion of the Regional Comprehensive Economic Partnership (RCEP) negotiations, reiterating China's stance that ASEAN should play a core role in the negotiations.APEC and ASEAN should work as twin engines, taking more effective measures in areas such as infrastructure, policy and regulations, and facilitation for travelling to build up a network of interconnectivity in a wider and deeper way, Xi said.The Chinese leader also called for inclusive and sustainable development, proposing the APEC and ASEAN members align their development strategies with the United Nations' 2030 Agenda for Sustainable Development.During the dialogue, Xi said China, as a strategic partner of ASEAN, firmly supports the construction of the ASEAN community and backs ASEAN's core role in regional cooperation.China will push ahead with development alignment with ASEAN in an in-depth way and forge an upgraded strategic partnership between the two sides so as to build a closer China-ASEAN community of shared future, said the Chinese president.