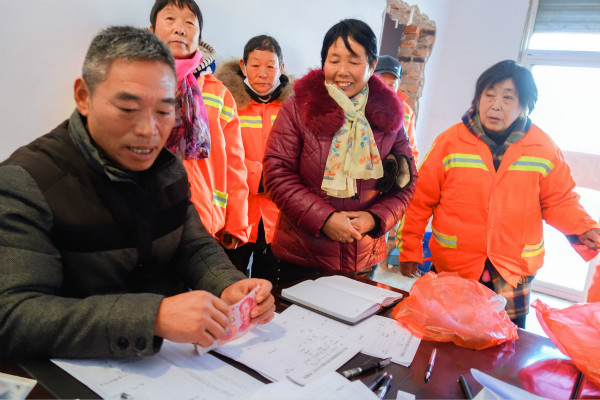 A total of 18 provinces in China have raised the minimum salary threshold as of Monday since the beginning of this year, in a bid to protect low-incomers’ interests, People’s Daily Online reported.

According to the provision coming into effect in 2004, different administrative regions of provinces, autonomous regions and municipalities are allowed to vary on their minimum wage standard.

What the involving provinces did tallies with Chinese President Xi Jinping’s call to improve people’s well-being.

China is committed to ensuring and improving people’s well-being and strengthening and developing new approaches to social governance, Xi said in his report to the ongoing 19th National Congress of the Communist Party of China on Wednesday.

We will improve the public service system, ensure people’s basis quality of life, and keep up with people’s ever-growing needs for a better life. We will continue to promote social fairness and justice, develop effective social governance, and maintain public order, pledged Xi.

With this we should see that our people will always have a strong sense of fulfillment, happiness, and security, he stressed.

Su Hainan, vice president of the China Association for Labor Studies, called for a proper adjustment of the minimum salary threshold, explaining that Chinese economy has come to a “new normal” phase featured with fast-growing labor cost, intensified business pressure and a relatively low commodity price.

As more places have raised their standard for minimum wage in recent years, he suggested more regions to follow suit.

A rise in the threshold, according to Su, should ensure labors' basic living standard while avoiding putting too much pressure on enterprises. “A balance between the two must be struck,” he added.