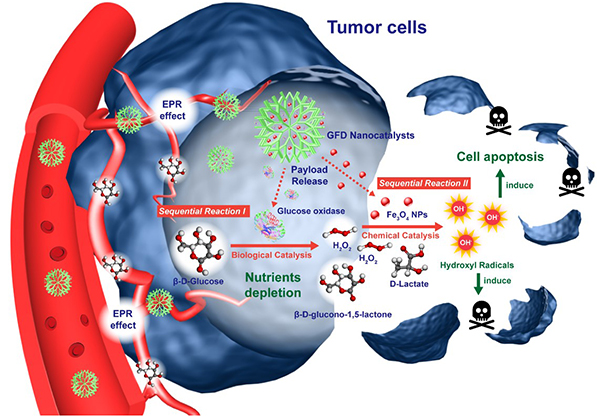 Chinese researchers have made a breakthrough in researching an alternative to chemotherapy that would not kill healthy cells while treating tumors, the China Daily reported Friday.

Researchers from the Shanghai Institute of Ceramics under the Chinese Academy of Sciences, announced they have devised a therapy using nanoparticles that can travel around the body and target only tumors, leaving healthy cells unaffected.

"Laboratory testing on mice has shown that tumors shrank by 85 percent after receiving the therapy," said Shi Jianlin, lead researcher at the institute.

The achievement of the research was published in Chemical Society Reviews in February.

Shi said the research is still at the stage of lab tests, which also proved that the therapies are able to prevent tumor metastasis.