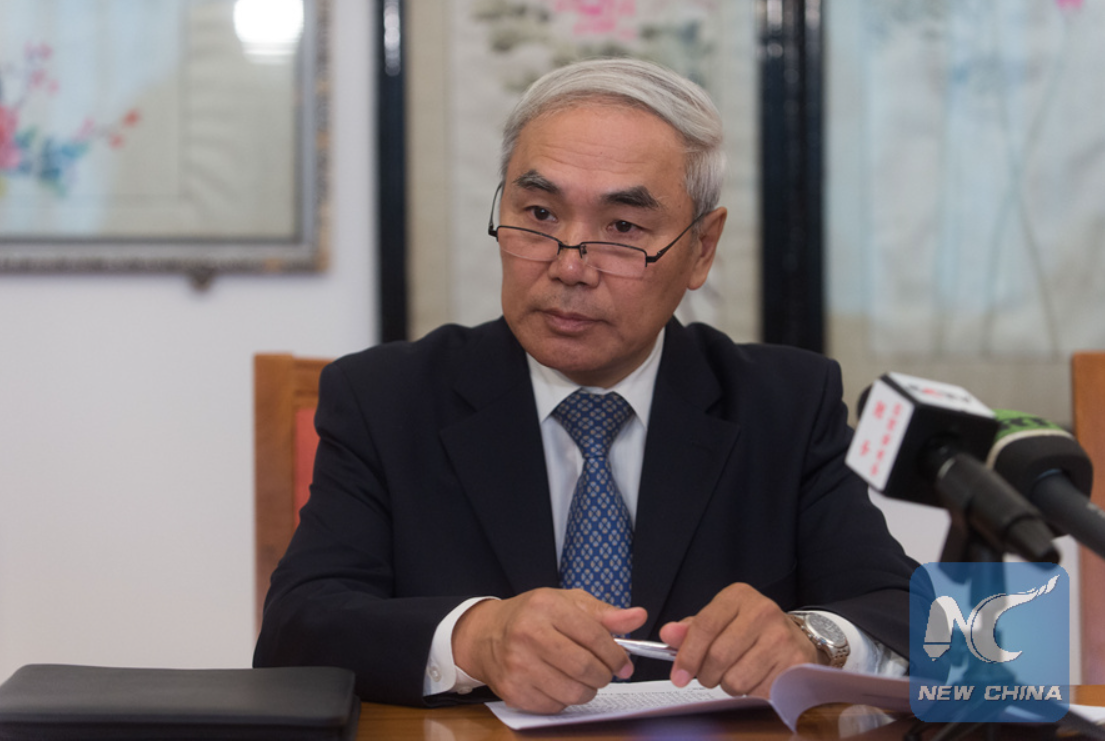 Cairo (People's Daily) - Special Envoy of the Chinese Government on the Syrian Issue, Xie Xiaoyan, emphasized on Sunday that all parties concerned should “speak with facts” about the alleged use of chemical weapons in Syria.

During a press conference at the Chinese embassy in Cairo, Xie said, “A conclusion should be made through a comprehensive, fair, objective, and transparent investigation, able to withstand future challenges.”

“Those who have used chemical weapons must be held accountable,” Xie said.

The Special Envoy suggested that the investigation team should be composed of professionals designated by the United Nations, with regional balance given adequate consideration.

Considering the complexity and sensitivity of the situation, Xie noted the investigation process could last longer than expected, and all concerned parties should not prejudge the outcome until concrete evidence is discovered.

“China has always insisted on a political solution to the Syrian issue. Syria’s sovereignty, independence, unity and territorial integrity should be respected. China's opposition on the use of force or even threatening force among international relations, and unilateral military actions that bypass the UN Security Council are inconsistent with the purposes and principles of the UN Charter, and run contrary to the basic principles of international law and relations,” said Xie.

"The lessons of Iraq, Libya, and other countries have repeatedly proved that military strikes not only fail to solve problems, but incur turmoil and suffering to those living in the region. We will never tolerate a repeat of historical tragedy,” Xie said, and added that China attached great importance to the role of strategic communication.

In response to a question from People’s Daily, Xi emphasized that China would actively promote peace talks and engage in regional peace efforts.

In alleviating Syria’s humanitarian crisis, Xie revealed that China has provided the country with roughly $117 million worth of aid in various capacities, from medical and material provisions and hard cash assistance.

“China is willing to provide assistance within its capability in a Chinese way,” the Special Envoy said.

The Egyptian capital is Xie’s only stop in the Middle East, as he values their position as an Arab, African, Islamic and developing country.

Xie will next visit the European Union and Russia this week.