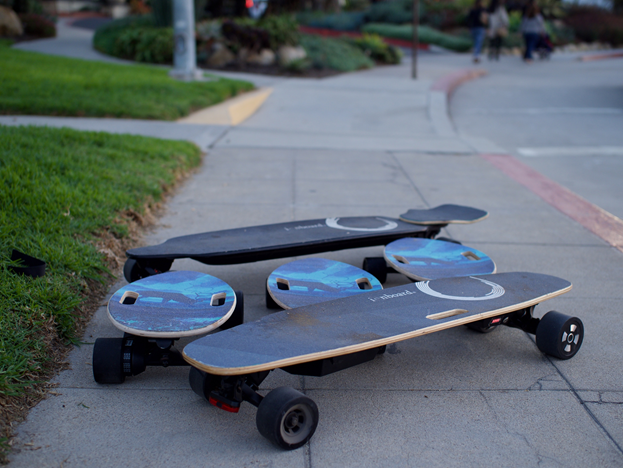 A Chinese student’s startup has created buzz with its motorized skateboard at this year’s International Consumers Electronic Show (CES) in Las Vegas.

The e-skateboard, dubbed “ionboard,” made its debut at the CES Eureka Park Marketplace. It was designed and produced by a startup founded by Li Dongpeng, a Chinese student at University of California, San Diego, whose team has a total of 9 members, with an average age of 20 years old.

Ionboard’s battery has a range of 25 kilometers, and the board can reach a maximum speed of 40 kilometers per hour. The young UCSD engineers’ product holds several registered patents, including a gravity-sensing system and a charging system powered by braking.

After the International Olympic Committee approved skateboarding for the 2020 Tokyo Olympics, the sport has enjoyed wider popularity.

According to Li, ionboard not only boasts a greener way of transportation, but also allows customers to re-build their board, doubling the fun of this sport.

Li’s startup, launched on Kickstarter, has garnered 570 percent of its initial fund-raising goal as of press time and the first batch of products is ready for shipment, Li said. He added his startup will cooperate with skater Fabian Doering to promote the product.