Bangkok (People's Daily) - Chinese cuisine impressed a crowd at a culinary exchange event in Bangkok on Wednesday, marking the beginning of celebrations in Thailand for the Chinese Lunar New Year.

Chefs from both countries presented delicate dishes for patrons at Grand Sanyod Restaurant, a renowned Cantonese restaurant in Bangkok.

"The Basi Banana looks simple but in fact is a demanding test of a chef's culinary skills, especially the precisely amount of heat to melt sugar but not overcook it,"said Guo Haitao, director of the Catering and Cooking Association of Ningbo City.

Chefs made figures of a bird's nest and a ship covered with sugar filaments, which symbolizes cooperation and collaboration between China and Thailand, Guo said. 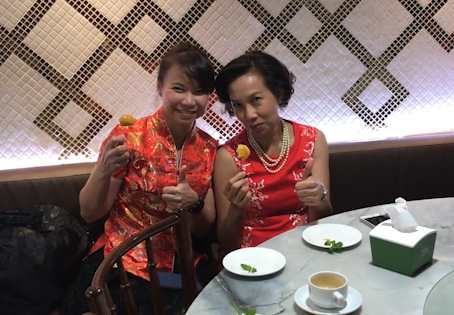