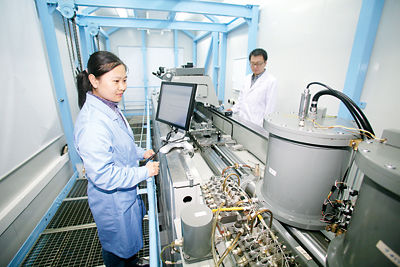 China is carrying out its Double First Class University Plan, aiming at building world class universities and disciplines in China by the end of 2050. According to the latest report, Chinese universities now have a fast-growing international academic influence.

A report on International Academic Influence of Chinese Universities 2017 was released in Beijing on Wednesday. The report revealed that Chinese universities and their disciplines have a fast-growing academic influence on the world, with universities advanced in science, engineering, agriculture and medicine ranking high on the list.

Professor Li Jiang, leader of the research group said on Wednesday that the report presented the ranking changes of the top 1 percent of disciplines in Essential Science Indicators (ESI), a database revealing emerging science trends as well as influential papers, journals in different fields. He said the report is useful for universities in their discipline construction, as well as China's Double First Class University Plan.

"The ranking is the universities' focus. Some universities try to improve their rankings with some incentive measures, while others are kicked off the list, which is a warning for them," said Li. "There is referential significance for universities in the report."

Papers are the top indicator. The report used academic papers and related data as the main indicators for measuring the academic influence of a university.