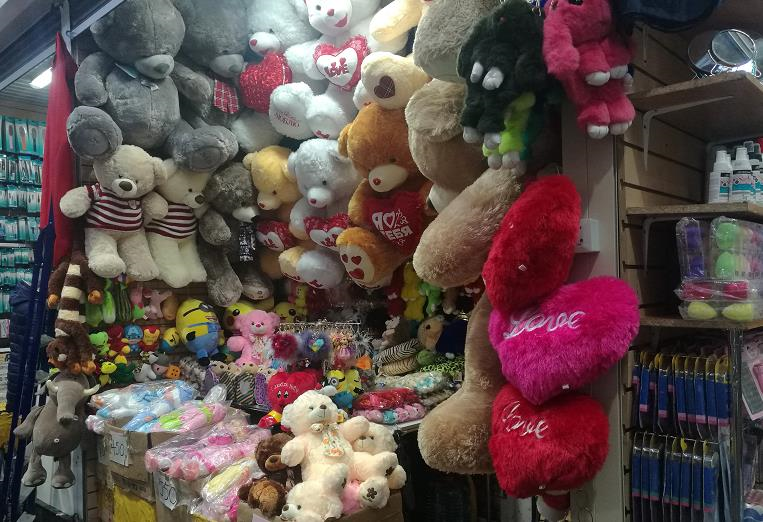 A stall at Sadovod market sells stuffed animals on February 15, 2018. Sadoval market is one of the largest of its kind in Russia, photo taken on February 15, 2018. Stalls are up and running and fire safety improvements have been since a fire broke out on January 25, 2018.

Moscow (People's Daily) - As the Chinese Lunar New Year approached, a fire broke out at Sadovod market in Southeast Moscow on January 25. But since then, safety conditions have improved, and stalls are up and running. Chinese vendors at Sadovod are hoping to benefit from an improved Russian economy.
One stall owner who was injured experienced has experienced significant financial losses as a result of last month’s blaze. The Chinese Embassy in Russia issued a safety alert after the incident.
Many stalls at Sadovod are owned and operated by Chinese merchants.
One Chinese woman surnamed Jiang, who runs a stall at the market, told People’s Daily the fire wasn’t much of a financial setback and she was pleased with the safety improvements that had been made since.
However, as Jiang pointed out, market conditions for her stuffed animals weren’t so good due to high rents and low customer traffic. She hopes Russia’s economic situation improves this year as it would help her business.