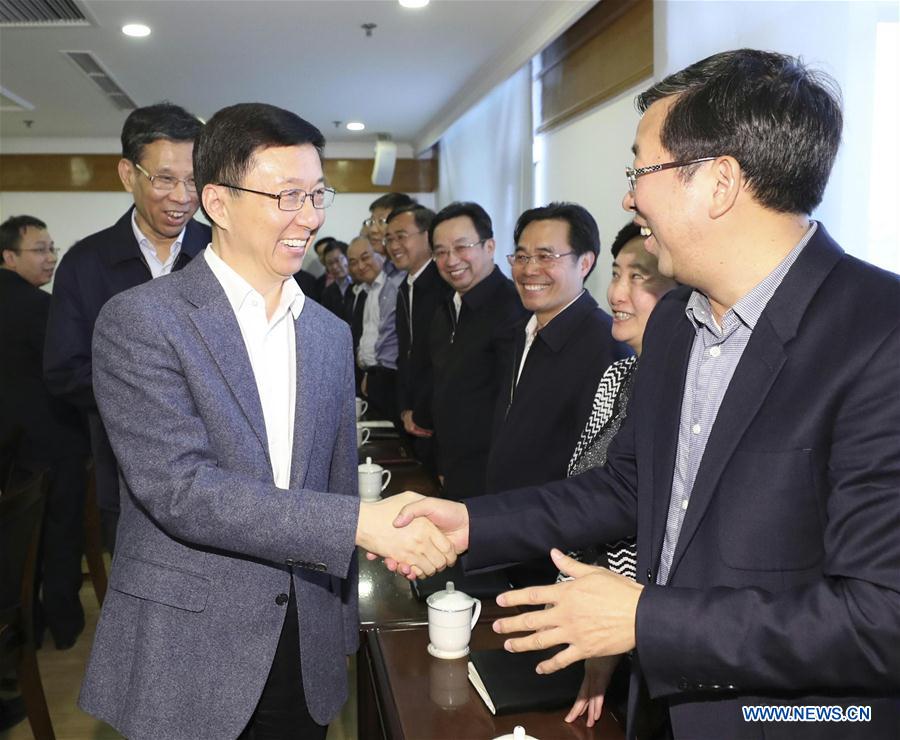 Chinese Vice Premier Han Zheng, also member of the Standing Committee of the Political Bureau of the Communist Party of China Central Committee, makes an inspection of the Ministry of Finance and presides over a symposium, in Beijing, capital of China, on April 19, 2018. (Xinhua/Ding Lin)

Han, also a member of the Standing Committee of the Political Bureau of the Communist Party of China Central Committee, made the remarks during an inspection of the Ministry of Finance on Thursday.

Han urged the ministry to better implement the proactive fiscal policy as well as measures to cut taxes and fees, and accelerate budget spending to ensure stable economic development.

Efforts should be taken to defuse risks from local government debt, enhance financial input in targeted poverty reduction and pollution control, and make the use of funds more efficient, he said.

The ministry should also move forward reform of the financial and taxation system, he said.