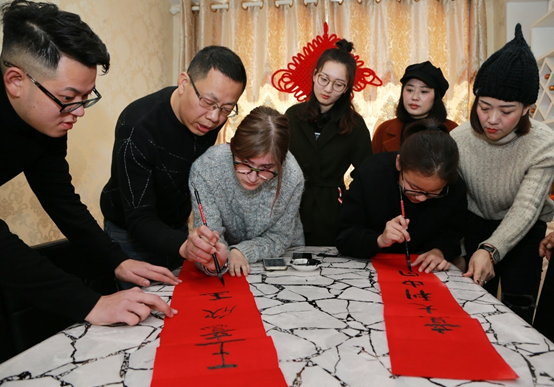 China’s culture is exerting a growing influence on the rest of the world, according to a Chinese report showing increased understanding of Chinese vocabulary and concepts outside of China.

More Chinese words are being used in the English language, said the report released by China Foreign Languages Publishing Administration. 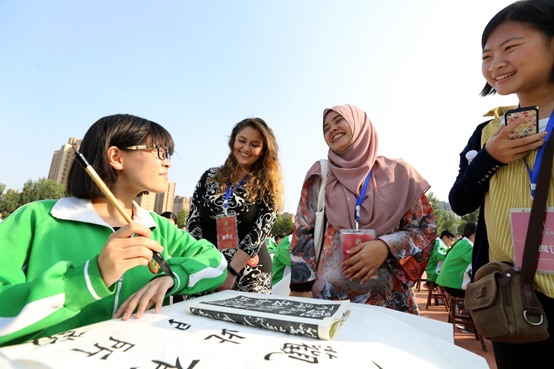 Students from Ecuador and Malaysia (second left and second right) communicate with a Chinese student (first left) at a middle school in Anyang, Central China’s Henan Province on September 20, during the China (Anyang) International Conference of Chinese Characters.

Kongzi (Confucius), chunjie (Spring Festival), zhongqiu (Mid-Autumn Festival), Shaolin (the name of a branch of martial arts) and gongfu (kung fu), are among the top 100 list as the most-recognized Chinese words.

The report came from surveys of eight major English-speaking countries including the US, the UK, Australia, the Philippines, South Africa, Canada and Singapore.

A series of buzz words and concepts emerged after the 18th National Congress  of the Communist Party of China, according to the report, citing the “Chinese Dream,” “Belt and Road,” “community with a shared future for mankind” and “anti-corruption.”

Listed as two of the top 10 most popular words by the report, the economic terms “renminbi” and “yuan” have been incorporated into the Oxford English Dictionary.

China’s economic and scientific development has contributed to world innovation of language and vocabulary related to the economy and science, the report explained.

Culture-related words accounted for the largest percentage of the list, including traditional Chinese festivals Chunjie and Chongyang, the ninth day of the ninth lunar month when Chinese pay respect to seniors.

The report showed that Chinese words previously translated into English have now been replaced by pinyin. Some foreigners, for instance, prefer “jiaozi” to “dumpling.” 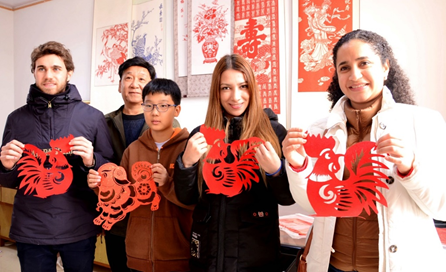 Foreigners display paper-cut works they learned from a folk artist in Dongying, Shandong Province on December 23.