HEADLINE Chinese warned to stay away from Maldives

Chinese warned to stay away from Maldives 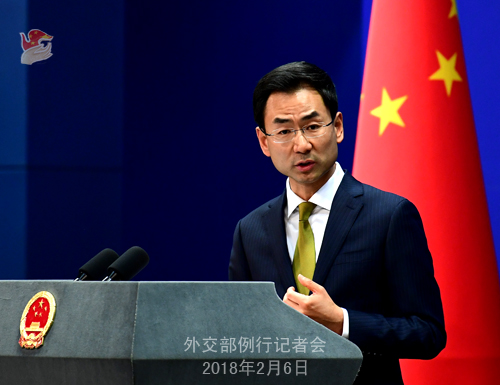 China's Foreign Ministry on Tuesday warned Chinese people to avoid trips to the Maldives and cancel any plans to go there.

“In consideration of the latest security situation, the Foreign Ministry and Chinese embassy in the Maldives suggests not heading to the Maldives and canceling any planned trips.”

What happened in Maldives?

Maldives President Abdulla Yameen Abdul Gayoom on Monday officially announced that his country was in a state of emergency for 15 days starting from Monday night.

After his declaration, 81-year-old Maumoon Abdul Gayoom, ex-president and his step- brother, was arrested at home. Maumoon tweeted before his arrest that his house had been surrounded.

“A large number of police around my residence. To protect me or to arrest me? No idea.”

This information was also confirmed by Maumoon’s daughter Yumna. “Police broke down the door and are arresting my father and husband right now,” she said on her Twitter account Monday. 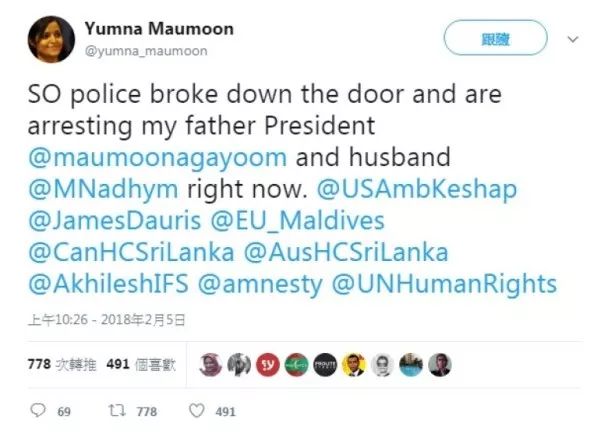 The Supreme Court last week issued an order to ask President Yameen to free nine of the President’s opponents, but was turned down, so the court released another order on February 4 to announce that it would impeach President Yameen because of his refusal. 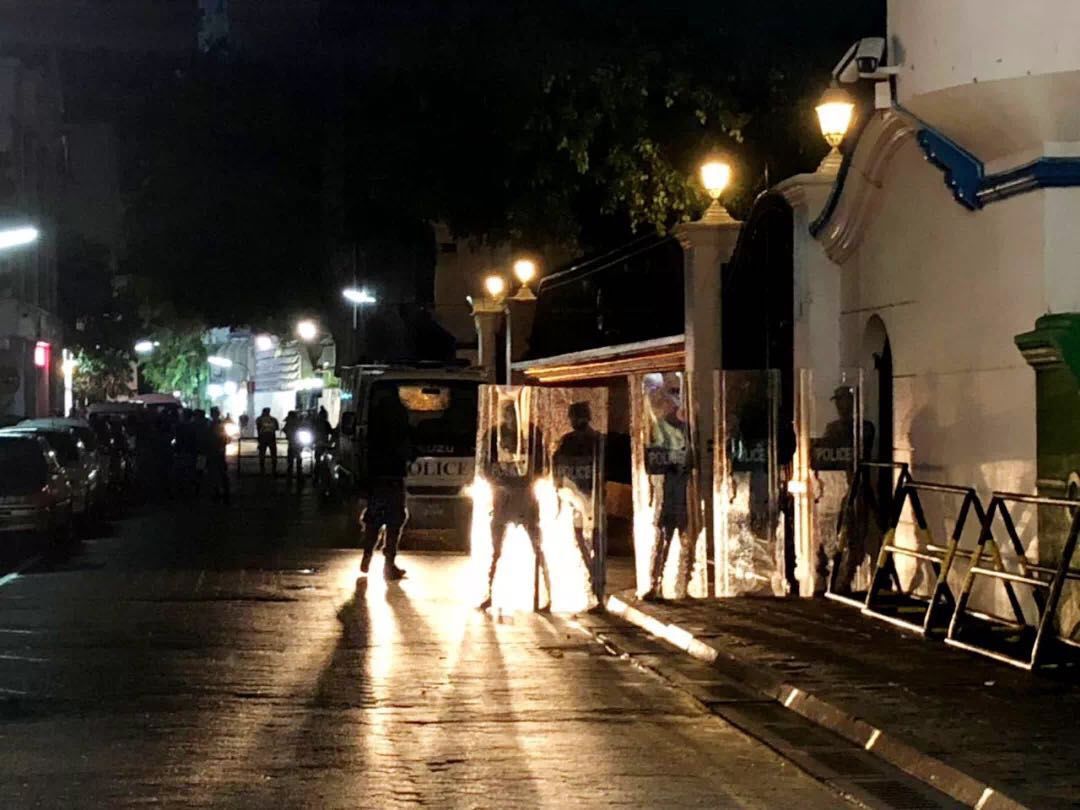 Police stands guard outside the Supreme Court on Monday evening

Soldiers rushed into the Supreme Court a few hours after the state of emergency was declared, believing that several judges were holed up in their offices, Ahmed Maloof, a Maldivian congressman, said on Monday.

The government has not commented on the action of soldiers in the Supreme Court. Some officials said the government might have right to search or arrest anyone during the state of emergency.

A statement from president’s office said, “During this period, certain rights will be restricted, general movements, services and businesses will not be affected.”

The statement also said the security of citizens and foreign tourists will be safeguarded.