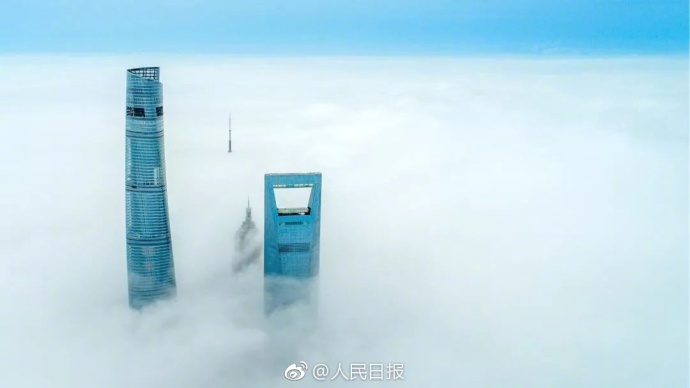 Only the tops of the tallest skyscrapers in Shanghai were visible to the naked eye Tuesday morning after a thick fog descended on the city and blanketed the majority of its buildings. 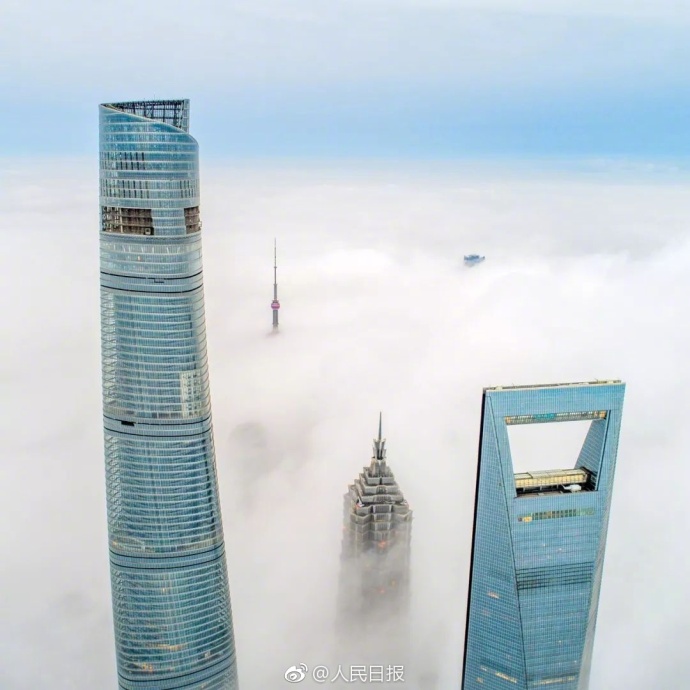 The municipal meteorological station issued an orange heavy fog warning due to less-than-200-meter visibility caused by the heavy fog in key districts such as Songjiang, Pudong and Minxing. 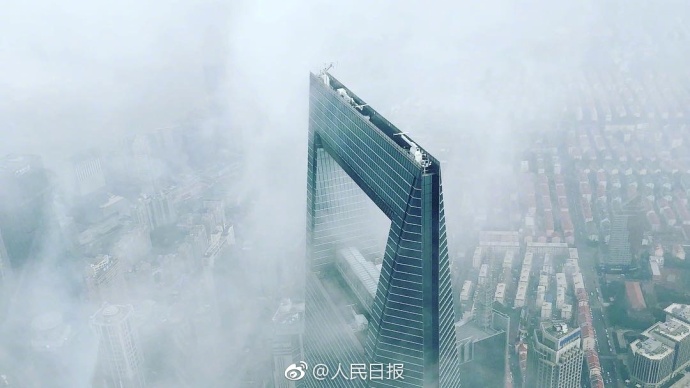 Authorities said a light rain Monday night led to a dense humidity, which was frozen by the low temperatures, forming the thick fog. 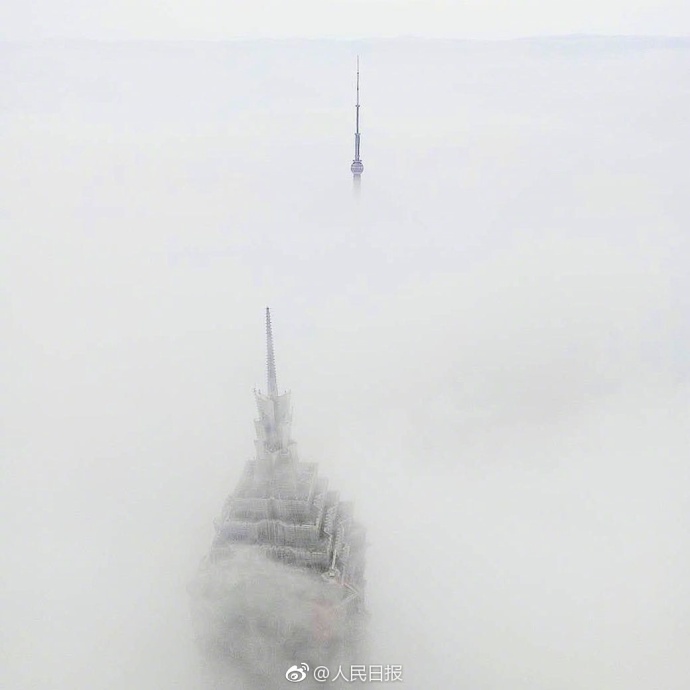 Amid the fighting between the local hot air and cold air from the North, Shanghai witnessed the heaviest part of the fog on Tuesday night. The cold air will triumph and clear up the fog on the night of January 17, weather forecasts said. 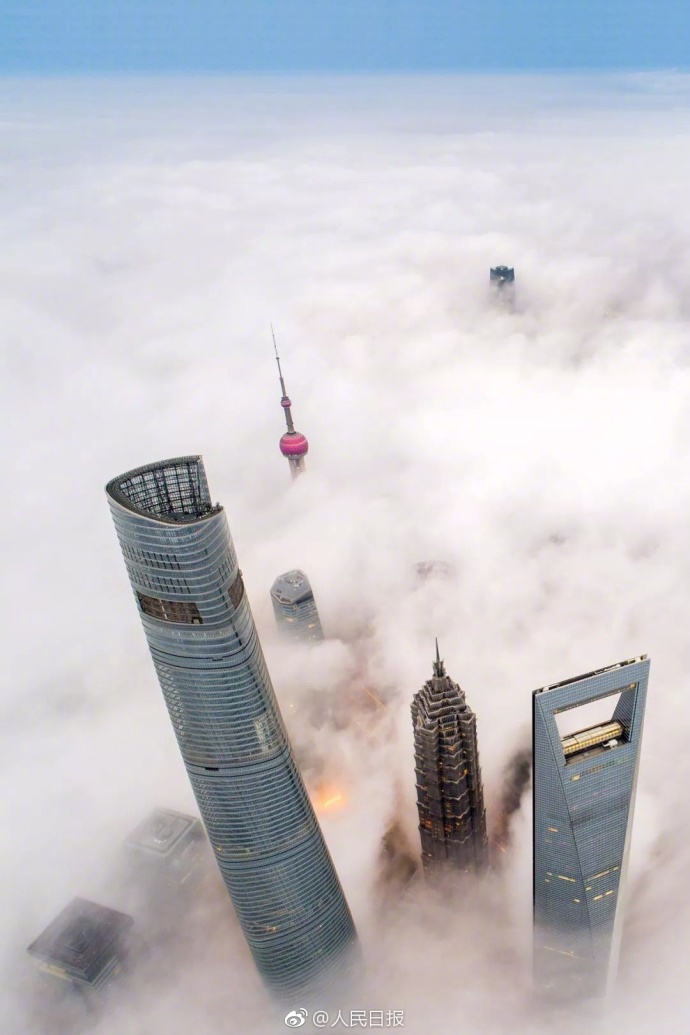 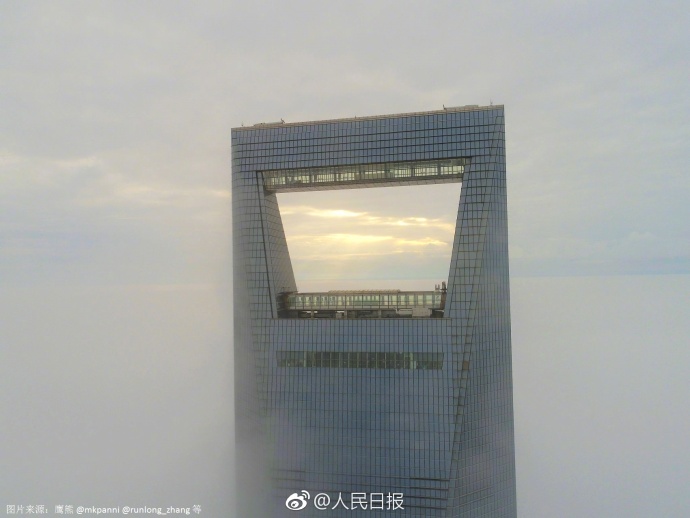