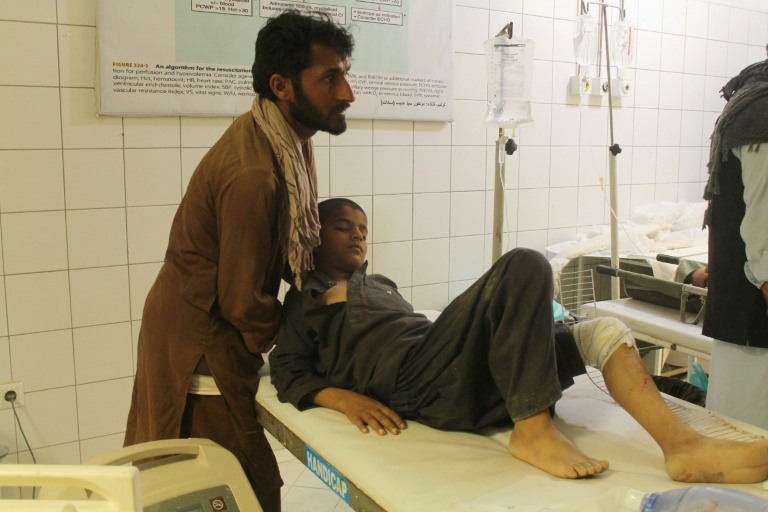 An Afghan resident is treated at a hospital following an airstrike in Kunduz which Afghan officials and witnesses said had caused multiple casualties, including civilians (Photo: AFP)

An Afghan airstrike on a religious school in a Taliban stronghold on Monday caused multiple casualties, including civilians, Afghan officials and witnesses said.

Top Taliban commanders were gathered inside the madrassa where a graduation ceremony was under way for students at the time of the attack in the northeastern province of Kunduz, a security source told AFP.

He said an unknown number of civilians were among the casualties that also included senior Taliban commanders who were "planning for the next spring operations".

"Several dead and at least 15 wounded", including children, were taken to the regional hospital in the provincial capital Kunduz, Naim Mangal, a doctor, told AFP.

Relatives of the wounded told an AFP photographer at the hospital that the attack happened during a graduation ceremony at the madrassa in Dashte Archi district, which is controlled by the Taliban.

"When the planes came at around 12:00 pm some kids screamed 'they will drop a bomb' but the elders said 'calm down, nothing is going to happen', but then in an instant bombs hit the mosque," Mohammad Ishaq told AFP.

It was not clear if the madrassa was inside the mosque or was a separate building.

Ishaq said civilians, students and some Taliban, who had been invited to attend the ceremony, were inside the mosque at the time of the attack. There were three airstrikes which "destroyed" the building, he added.

"I escaped unhurt but many people were killed and injured and I saw their bodies laying on the ground," he said. 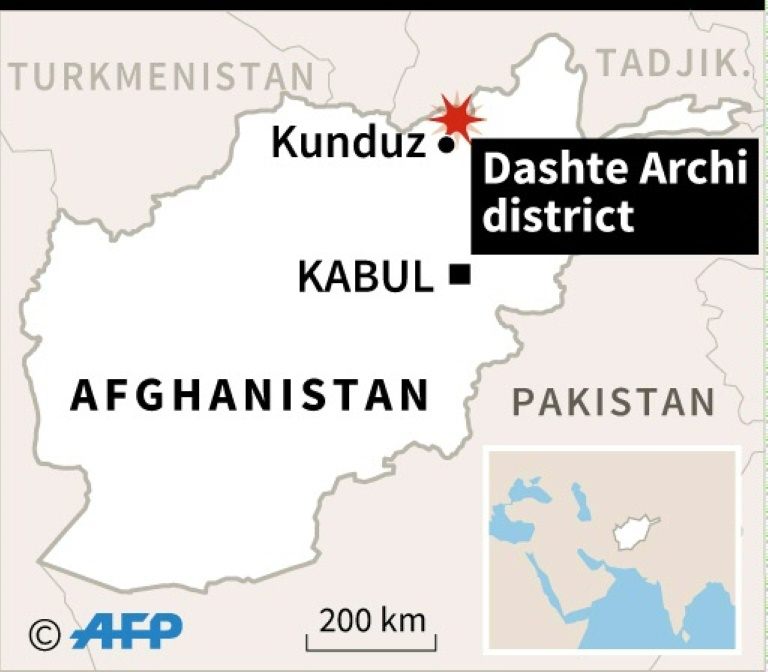 The Taliban issued a statement confirming the attack on the madrassa but denied militants had been meeting at the school.

Around 150 religious scholars and civilians -- most of them children -- were among the dead and wounded, the group added.

Several boys with their arms and legs bandaged were seen laying in beds and along the corridors of the hospital.

The security source said the Taliban had started meeting at madrassas in the hope of avoiding airstrikes.

A defence ministry spokesman confirmed an airstrike in Dashte Archi, but described the location as a kind of Taliban "training centre" and denied civilians were among the casualties.

"Twenty Taliban, including the commander of their Red Unit in the district, and also a key member of the Quetta Shura were killed," Mohammad Radmanish said.

The Red Unit is the insurgent group's elite unit, and the Quetta Shura is its leadership council.

The meeting included a "high-ranking Taliban delegation" from the Quetta Shura, Ghulam Hazrat, a spokesman for the 20th army division in Kunduz, told AFP.

"Fifteen Taliban were killed and 10 were wounded," Hazrat said. He also denied civilians were among the casualties.

A senior local official said "around 150" people had been killed and wounded in the airstrike. 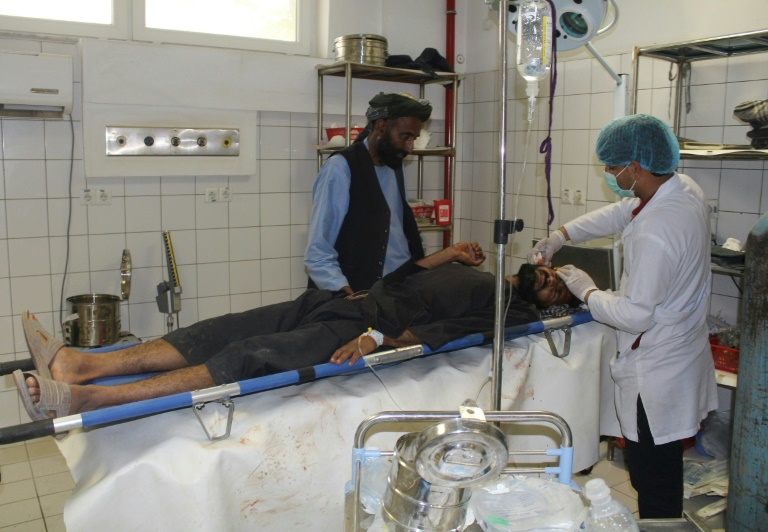 An Afghan resident is treated at a hospital following an airstrike in Kunduz on April 2, 2018 (Photo: AFP)

Afghan officials often give conflicting casualty figures after an attack.

Obtaining detailed information is difficult because the Taliban controls the area. Most telecommunication services are cut from late afternoon on Taliban orders, locals say.

A spokesman for US Forces said they were not involved in Monday's airstrike.

Afghanistan's fledgling air force has accelerated bombardments in recent months as the Americans beef up the country's aerial capability with more aircraft and better weapons.

Earlier this month, the Afghan Air Force dropped its first laser-guided bomb on a Taliban compound in the western province of Farah, where the militants have gone on the offensive.

US and Afghan forces are increasing ground and air offensives against Taliban and Islamic State insurgents as they try to get the upper hand in the 16-year war.

The latest airstrike comes weeks before the Taliban usually launches its spring offensive. The group is under growing pressure to take up President Ashraf Ghani's offer of peace talks but so far it has not responded.