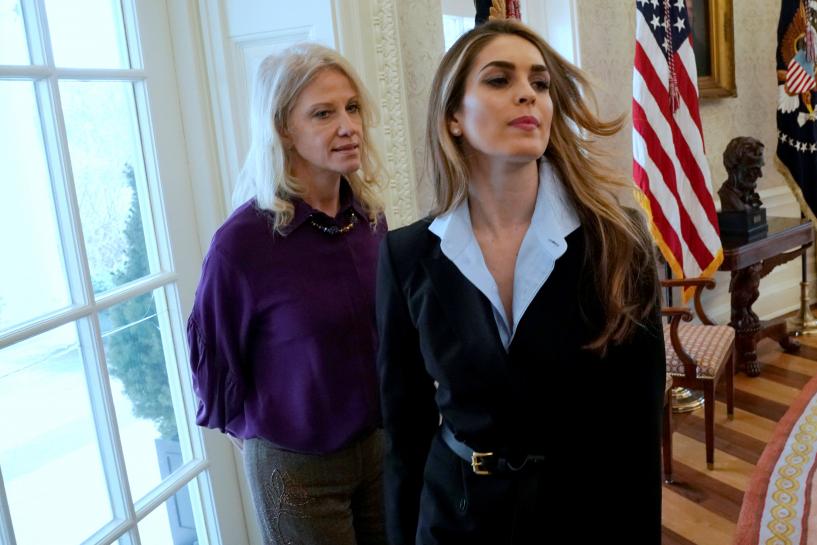 Hope Hicks, a close aide to President Donald Trump, arrived at the US House of Representatives Intelligence Committee on Tuesday morning for what could be several hours of testimony in its investigation of Russia and the 2016 US election campaign.

White House communications director Hicks was Trump’s spokeswoman during the 2016 election campaign. Committee members told reporters they did not know before her testimony whether she would answer their questions, or refuse by invoking executive privilege.

Other Trump aides, such as former White House adviser Steve Bannon, have declined to answer many of the committee’s questions for that reason.

Hicks arrived at about 10 a.m. EST (1500 GMT) for a closed door session with the panel, which is conducting one of three main congressional investigations of allegations that Russia sought to interfere in the 2016 election to boost Trump’s chances of victory, and whether his associates colluded with Russia.

She came through a back entrance, according to congressional aides, and thus was not seen by reporters.

Shortly before her scheduled testimony on Tuesday, Trump took to Twitter to comment on the investigation, tweeting “WITCH HUNT.”

Trump has repeatedly denied any collusion with Russia, and Moscow has denied attempting to meddle in the US campaign.