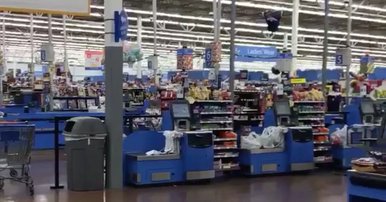 The Walmart in Thornton, Colorado. (Photo: Twitter photo from @TheAdamsCorner) 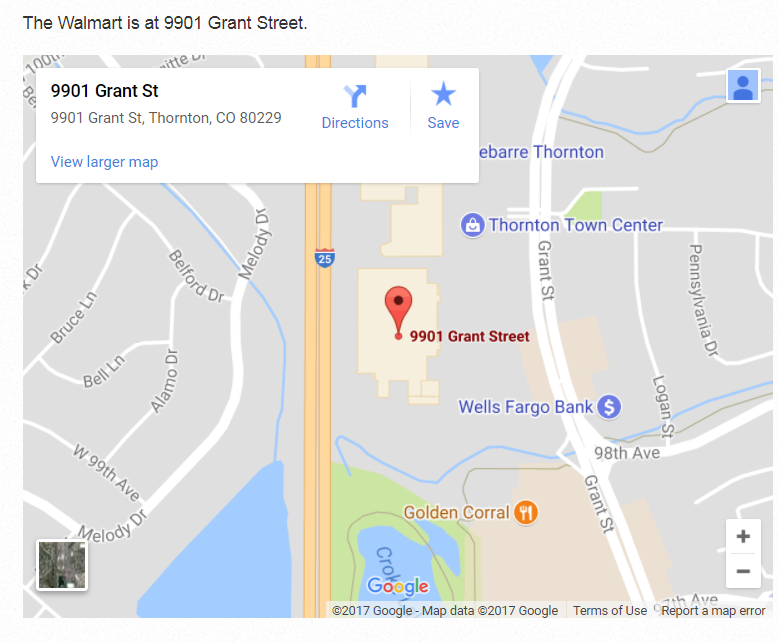 The location of the Walmart. (Photo: Google)

According to the local police, two people were killed and another injured in a shooting at a Walmart in Thornton, Colorado.

The shooting happened around 6 pm on Nov 1. The local police said on Twitter, “Shooting just occurred at Walmart, 9900 Grant St, multiple parties down. Please stay away from the area.”

The local media report that the police believes two suspects are responsible for the shooting. But now they both are still at large.

The store was evacuated after the police in Thornton arrived. Now dozens of patrol wagons can be seen at the site. Many local people are waiting near the Walmart for further information.