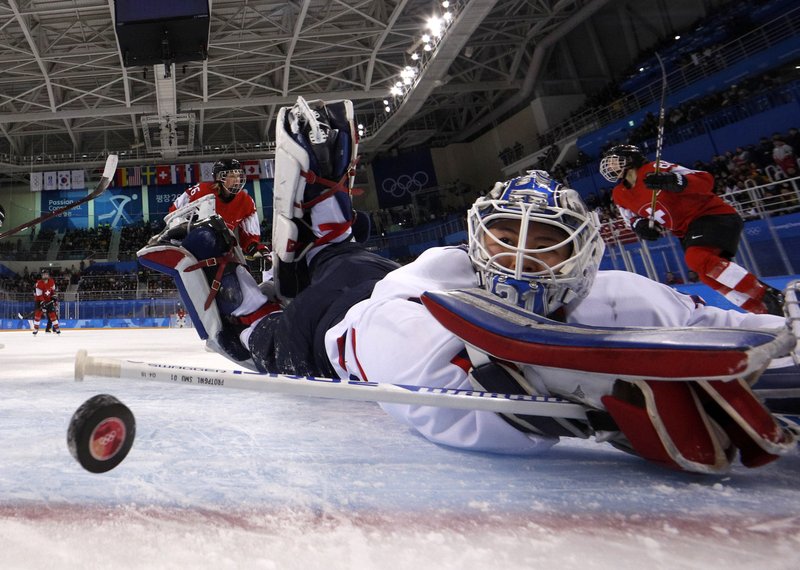 No matter the final score.

The Korean women’s hockey team, the first in Olympic history to combine players from North and South, was routed 8-0 by Switzerland on Saturday night in its debut game, outshot 52-8 in a matchup that could have been far worse if not for the goaltending of Shin So Jung.

The poor showing didn’t stop the sellout crowd from cheering throughout much of the game, the chants led often by North Korea’s famous cheering group, and it didn’t lessen the import of the event.

“I think a unified one is stronger than two divided ones ... If North and South Korea will send unified teams on sports and all other sectors, we’ll have good results,” North Korean player Jong Su Hyon said.

Fans unfurled a large banner reading “We are one” after the game and then IOC President Thomas Bach and South Korean President Moon Jae-in joined the powerful sister of North Korea leader Kim Jong Un, Kim Yo Jong, and Kim Yong Nam, North Korea’s nominal head of state, for photos with the team.

The dignitaries walked to the Korean bench, taking turns talking to players still standing on the ice. After a photo together, each of the Koreans shook hands with the three men while Kim Jong Un’s sister watched.