Commentary: Better drone laws needed before progress can be claimed 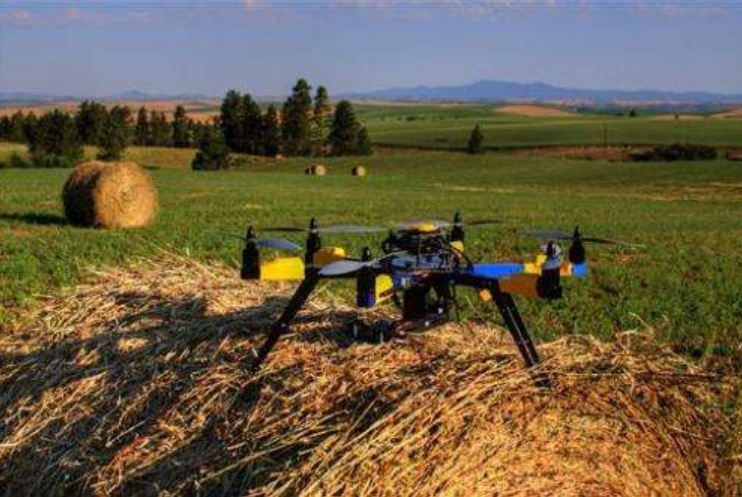 Drones have had a an overwhelming impact on the US agriculture industry.   Photo: AP

In December, a previously overturned measure was reinstated and required owners of Unmanned Aerial Vehicles (UAV) in the US, commonly known as “drones,” to register their flying machines weighing over 0.55 pounds. It was an initiative first introduced by the Federal Aviation Administration (FAA) in 2015 centered on promoting responsible and safe drone flying, especially among recreational hobbyists.

There was also a $5 registration fee tacked on, a move that would generate roughly $4 million.

In May, the Circuit Court of Appeals in D.C. decided in favor of recreational drone pilot John Taylor, and his attorney Jonathan Rupprecht, when it ruled the UAV registration law was in direct conflict with an earlier Obama-era measure prohibiting the FAA from making changes to model aircraft regulations.

Shortly after the appeal victory, the FAA announced they would give registration fee refunds to those who qualified and wanted their $5 back. It wasn't a quick process, and if the refund application was approved, some had to wait months before receiving their money, if they received anything at all.

Rupprecht is an attorney based in Southern Florida who specializes in drone law. He is the author of the authoritative text,“Drones: Their Many Civilian Uses and the US Laws Surrounding Them.”

“I think law enforcement has been caught off guard not knowing exactly what to do,” Rupprecht said while asking the question of when it comes to fighting real crime how much attention are police going to give a drone that’s flying over someone’s home versus going after a murderer?

I think drones have had a horrible influence on documentary filmmakers. What purpose does a drone shot serve in a documentary, outside of nature subjects?  I’ve asked this question to a handful of so-called filmmakers over the years and haven’t received a practical answer.

Drones have also made the job harder for real estate agents where the quality of customer service is partly based on one’s ability to fly a drone. I wonder how many people have purchased a home based on what they saw in a video made with a drone?

Drones are a popular choice among private investigators hired by spouses and employers. When used outside of law enforcement, drone surveillance is a form of harassment and an invasion of privacy. Their usage can have serious consequences for those who collect information on others. UAV pilots know how hard it is to catch a drone, and they also know that both the flying vehicle and the operator are protected by the FAA.  Shooting a flying object out of the sky is a federal crime in the US.

For those who utilize countermeasures, they should familiarize themselves the laws before going to war with the neighborhood drone operator.

The federal government offers zero protection for civilians who use anti-drone equipment, proving once again that society encourages surveillance behavior.

Cheap and effective drone tracking technology doesn’t exist.  There are smartphone apps that claim to get the job done, but the apps are nothing more than phishing scams. It’s a built-in safety feature that this technology isn’t available to civilians at affordable prices.  Given today’s current climate, the scenario gun owner versus eavesdropping drone pilot is an easy one to imagine.

Cellphone jammers are also a popular countermeasure, and also a federal crime to use them.

The Federal Communications Commission (FCC) has said the devices cannot be used for a specific target and affect everything within its range, including cellphone blocking.

Police in the Netherlands use trained eagles to attack drones, and the US has started to run with this idea.

In October, the Los Angeles Police Department (LAPD) received approval to conduct a yearlong drone program and is the largest police department in the US using them.

The city’s highways now offer a light show of whirling white lights ripping across neighborhoods, and sometimes right over you.

In California, Governor Jerry Brown vetoed a bill that would have made it illegal to fly a drone under 350 feet of someone’s property, but then later passed a measure protecting movie stars and celebrities from drone-flying paparazzi, forcing normal voters to continue tolerating the buzzing nuisance.

One counter-measure that’s almost out of a movie involves a bazooka-like gun that fires a canister at the drone target and upon impact releases a net, entangling the aircraft.  Once the drone is secured mid-flight, a parachute is released, safely guiding it to the ground so as not to hurt innocent bystanders or property.

For those outside of law enforcement who choose this method, can expect to be fined upwards of $50,000 and jail time not to exceed five years.

This period in US drone history will be looked back upon on as a time of near-anarchy.

If changes aren’t made offering civilians a better line of privacy protection against troublesome drones, then it’s going to take a series of gross incidents before the appropriate technology is made available and better laws are passed.

We’ve already proven that common sense is something not to rely on, and yet here we are doing it again.

It would be a better sign of human progress to address what’s on the horizon than to focus on drone technology advances.

In the meantime, investing in a helmet might not be a bad idea.