Commentary: China's openness to bring more opportunities to the world 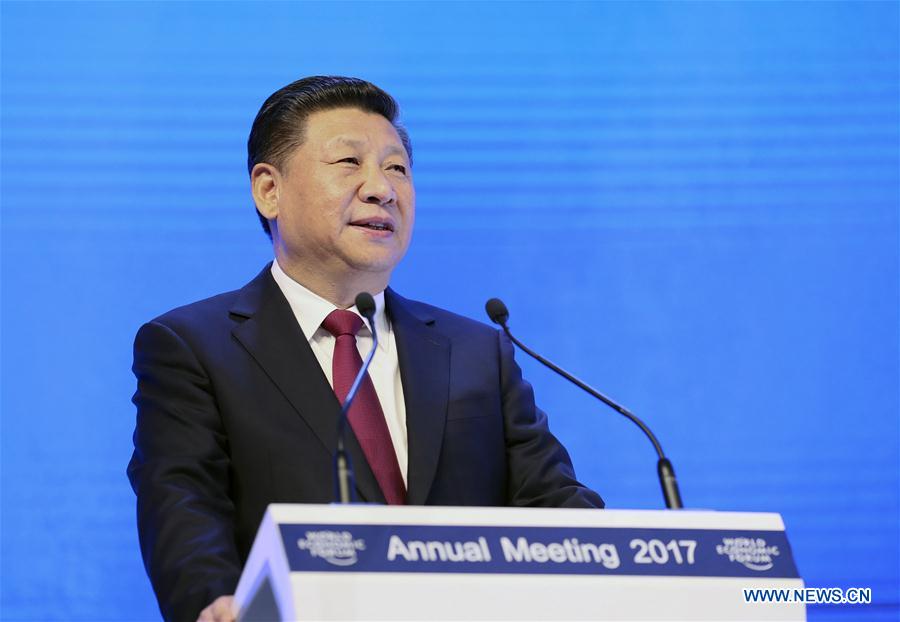 One year has passed since Chinese President Xi Jinping’s speech on globalization at the World Economic Forum (WEF) in Davos, Switzerland, but his remarks still have a positive impact on the world’s political and economic affairs, international experts said.

“We should remember that 2017 dawned with President Xi’s speech at the WEF,” said Martin Jacques, a senior fellow at the Department of Politics and International Studies, Cambridge University, in his 2017 review.

In Jacques’ opinion, the shift in US foreign policy has undoubtedly served to enhance interest in and support for China’s global outlook and approach. And amid a wave of anti-globalization, the speech of a Chinese leader has never been so eagerly awaited by global audiences, especially by those in Europe, the researcher said.

Xi delivered a keynote speech titled “Jointly Shoulder Responsibility of Our Times, Promote Global Growth” at the opening ceremony of the forum on Jan. 17, 2017.

His major points were soon accepted by the world and taken as a standard for economic globalization, Jacques said, adding that it is more than fair to call these points the new global consensus.

Harry Boyd, a director of the European Bank for Reconstruction and Development, told People’s Daily, “It was the best of times, it was the worst of times.” Boyd was referring to the way Xi cited English writer Charles Dickens to start his speech, and noted this is a vivid reflection of the world full of contradictions.

Boyd said that Xi admitted economic integration is a double-edged sword, but noted the advantages of globalization from a historical perspective.

It is true that economic globalization has created new problems, but each country should adapt to and guide the process, and cushion its negative impact. “It is a philosophy of dialectical thinking that is able to convince people,” Boyd noted.

Over the past 40 years since China implemented its reform and opening up policy, the country has made remarkable achievements.

China’s GDP has risen to 80 trillion yuan ($12.3 trillion), ranking second in the world. More than 900 million urban and rural Chinese are covered by its social insurance and pension system, and 1.35 billion by its basic healthcare insurance system.

The incidence of poverty in the country has been maintained below 4%. Breakthroughs have been made in the areas of scientific innovation and major construction projects. Over the past five years, the average annual economic growth of China is 7.1%, and the country has contributed over 30% to world economic growth.

"China has changed Western economists’ understanding of market and economic laws through its own success, breaking the so called ‘consensus’ that only Western models are the best solution,” said Khasanov Ulug’bek Atabayevich, head of the Department of International Relations, University of World Economy and Diplomacy of Uzbekistan. “China’s contribution to the world is irreplaceable,” he added.

China is at a critical point of history. The Chinese people are opening their arms to the world to board the fast lane of China’s development. With joint efforts and responsibilities, the world will embrace a better future.