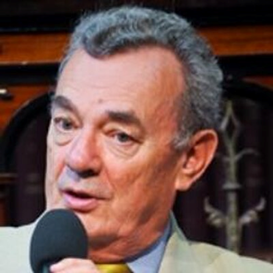 The European Union has a 'foreign minister', but does it have a foreign policy? Often described as an economic giant but a political pygmy, what are the EU's global ambitions? Or do the foreign policies of established powers like Germany and France eclipse those of the EU?

These are questions that diplomats, journalists, officials and elected politicians across Europe anxiously seek answers to. Although the EU is determined to develop a louder voice on the world stage, and thus increase its external clout, its efforts have so far yielded mixed results.

It isn't easy to promote a new brand of collective diplomacy when Europe's internal disagreements are mounting. Populist politicians, usually on the far-Right, have used the past decade of economic tensions to inflame euroskepticism among voters. The EU is often blamed for difficulties that are beyond its control, and even though this is unjust, it's small consolation for UE’s frustrated diplomats.

The first point to make about EU foreign policy is that there are many different policies. They are often quite technical, and do not easily combine to make a single, coherent external strategy. This article therefore breaks them down into their constituent parts to avoid generalizations.

Visitors to Brussels are usually tempted to see the comparatively new European External Action Service (EEAS) as the source of EU foreign policymaking. Its circular and architecturally innovative building close to the Berlaymont headquarters of the European Commission and to those of the Council of Ministers houses the Union's fledgling diplomatic service. Its chief - the foreign minister whose precise title is 'High Representative' - is the attractive and highly articulate Italian politician Federica Mogherini.

The diplomats of the EEAS are, however, far from being masters of EU foreign policy; they would more accurately be described as coordinators. In addition to acting as a foreign affairs ministry, the EEAS tries to coordinate the wide range of policies that originate from fairly autonomous sub-units of the EU's administrative, regulatory and legislative machinery.

Despite pursuing "ever closer union" since 1957, the disparate nature of the European Union is such that centralized control of foreign policies is difficult, if not impossible. Its 28 members, soon to be 27 after Brexit removes the UK, have wildly different attitudes toward the economic and political integration of Europe. Some envisage a confederation of nation states, others recoil from anything that questions their own national sovereignty.

To simplify these complexities, this article separates EU external policies into four categories: classic foreign and security policies; 'soft power' areas ranging from trade to climate change; policy challenges like development aid and immigration controls; and 'mystery' areas like relations with China and the other rising powers where the EU's intentions are still unclear.

Category One, though far from straightforward, is well-known. The EU is at pains to develop its international security role while strengthening its military capabilities. Its Common Security and Defense Policy (CSDP) dates back 20 years to an Anglo-French initiative agreed in the Brittany port of St Malo, but is still overshadowed by NATO, the longstanding US-led alliance whose Brussels headquarters lie a few kilometers across town from the EU institutions.

Despite its modest military clout, Europe wields considerable influence in areas ranging from arms control to human rights. In international fora like the agencies of the United Nations and the World Health Organization, the EU is a force to be reckoned with. Where it has been less successful is in its handling of conflicts and trouble-spots.

Europe's responses to the Arab Spring in 2011 are widely seen as disappointingly inadequate. Handicapped by slow internal decision-making and the reluctance of many member governments to contribute enough funding, the EU hasn't helped to stabilize the Middle East with an economic recovery plan and new political and security structures. Brussels still defers in the region with Washington.

The other glaring foreign policy failure has arguably been about the Ukraine. The EU's attempts to woo the country away from its ties with Russia through an association agreement - sometimes known as the 'beauty contest' - backfired with Moscow's annexation of Crimea and continued fighting in the eastern Donbas region between the Kiev government's forces and Russian-speaking dissidents. Though not an active party, the EU's role in the conflict has been controversial and its efforts to broker a peace unsuccessful.

The second category is far more positive, and largely pre-dates the EU's current drive to raise its foreign policy profile. Europe's 'soft power' has made the EU a major international player. On trade rules and deals, Brussels combines formidable technical expertise with the economic weight of its member states. Meeting EU standards and technical specifications is unavoidable for anyone wishing to trade internationally. And it has displayed global leadership on such questions as climate change with the conclusion in late 2015 of the COP-21 pact linking almost 200 UN countries.

Category Three spans areas where Europe is at the same time prominent, yet inadequate. On the plus side, the EU and its member states are by far the largest and most generous donors of humanitarian aid and development assistance to the world's poorest countries. Europe's €75 billion a year on this amounts to half of all aid spending worldwide. Much of its assistance goes to Africa, but that, unfortunately, happens to be where EU policymaking is lacking.

Immigration has become a major challenge for European countries, and it's one where domestic and foreign policy areas are hopelessly intertwined. Africa's population is set to double to 2.5 billion by mid-century, and although ageing Europe will need increased immigration to replenish its shrinking workforces, there is no EU policy framework that links its development aid to the training and legalizing of a rising tide of would-be migrants from Africa. Hostility to migrants throughout Europe is largely responsible for this policy 'black hole', but at the same time the economic policy imperative cannot be ignored.

This leaves the fourth, and most opaque, category. How the EU sees its future geopolitical relationships with Asia's rising industrial powers is shrouded in uncertainty. Paradoxically, this has become increasingly unclear in the year since President Trump began to create doubts about hitherto stable transatlantic relations between the United States and Europe.

In Brussels, the 'euro-diplomats' in the EEAS are much more at home with detailed commercial and trade policies than with more wide-ranging ones involving security and sensitive energy supply questions. And in Frankfurt, the European Central Bank controls inflation and manages debt within the eurozone but doesn't have a well-defined role in international monetary affairs. Yet these are clearly areas where Europe is expected by Asian governments to 'speak with one voice.'

It is truer than ever that ours is a world in turmoil. Global tensions over resources, environmental degradation, migratory pressures and economic rivalries will be compounded by global demographics. A world of ten billion people is just around the corner, demanding dramatic improvements in the conduct of international diplomacy. Europe and Washington both look for Beijing and New Delhi to help build new economic and security structures, and it's clear that the EU at any rate must do more to show the way.

Giles Merritt is the Founder and Chairman of the Brussels-based think tank Friends  of Europe. His most recent book is 'Slippery Slope: Brexit and Europe's Troubled Future' (Oxford University Press 2017).