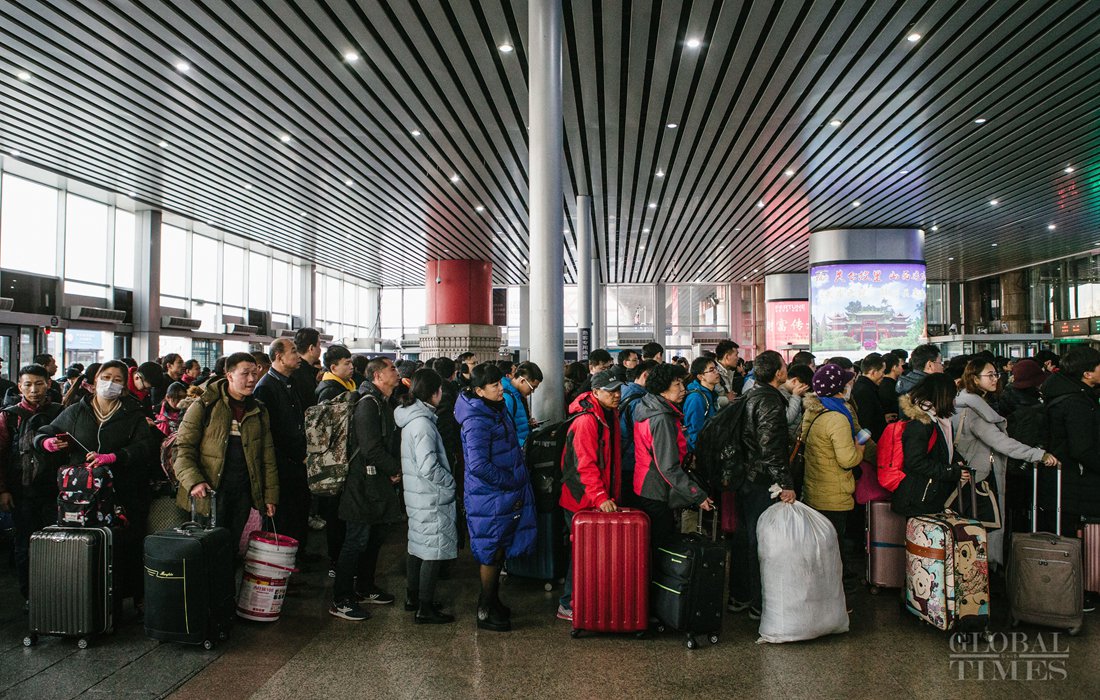 In the past it was understood that for Spring Festival, regardless of financial status or location, all Chinese had a filial obligation to travel back to their roots - this was the true spirit of Chunyun.

New holiday trends have emerged as a result of Chinese millennial influence on Chunyun traditions. Rather than traveling home to see their families, millennials are having their parents come to them.

This trend is called Reverse Chunyun. It reflects the Chinese economy is booming, and China’s middle-class population is expanding.

The idea behind "reverse Chunyun” refers to the latest Spring Festival travel trends. More and more Chinese choose not to go home and remain in the city where they work to celebrate the holiday.

New holiday trends have developed such as entire families traveling together to spend Chunyun in a special place.

According to 2018 Spring Festival Travel Trend Report, released by Mafengwo, a social trip planning site in China, during the Spring Festival holiday in 2018, Chinese are now accustomed to spending the New Year traveling.

Data from China National Tourism Bureau shows around 380 million domestic trips are expected during the Spring Festival holidays in 2018.

The top three domestic tourism destinations are Hainan, Beijing and Northeast cities, according to China National Tourism Bureau, while the top overseas destinations are mostly in Southeast Asia. 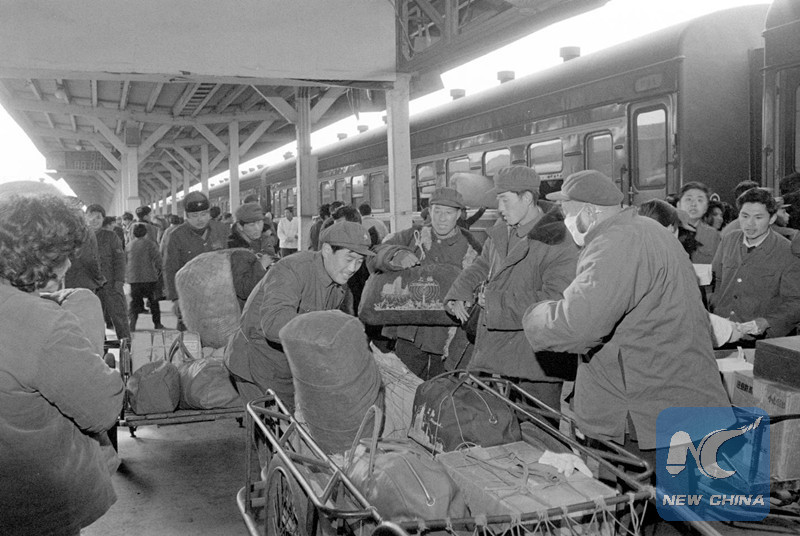 The history of the Spring Festival travel rush started by the first reform and opening up.

In early 1979, when many people returning home packed up the Guangzhou Train Station, the term "Chunyun" was not born yet.

2018 is the 40th anniversary of the Spring Festival. From 40 years on, the human migration movement during Spring Festival has gone from100 million to 3 billion by 2018.

But after 40 years, changes have occurred.

China's middle class is on fire.

According to a study from consulting firm McKinsey & Company, by 2022 there will be 76 percent of China's urban population considered as middle class, which indicates urban households that earn US$9,000 – US$34,000 a year.

Among the middle class, there are high percentage of growing Chinese millennials.

They afford to settled in big cities, accommodated by their jobs; instead of going home, they are more willing to invite their parents to visit them and spend Spring Festival together.

In the past, most millennials use trains as the cheapest way to travel home for the Spring Festival; but now they have more money to pay for their parents’ flights and hotels expense near their work cities.

The Ctrip survey also revealed that Chinese born in the 1990’s have become the driving force behind 2018 Chunyun.

Every year during Chunyun, China witnesses a great human migration, the largest of its kind in the world. For 2018, nearly 2.98 billion trips will have been made in China.

Behind the Chunyun data, a growing number of Chinese millennials are shaping the way we celebrate the holiday.