HEADLINE Commentary: Time for Western celebrities to de-glamorize opioid use

Commentary: Time for Western celebrities to de-glamorize opioid use

Over the last few years, the worldwide opioid crisis has reached new heights as far as addiction and fatal overdose rates are concerned. While few realistic solutions are being considered, celebrities voices should be used to de-glamorize opioid use to undo the trendy image of drug use that the entertainment industry has helped create.

The epidemic is hitting developed countries hardest, with the US standing as the world’s leading consumer of opioids. This has caused a major rise in drug overdoses, and the US had more than 62,000 drug overdose related deaths in 2016, according to the National Institute on Drug Abuse.

According to a United Nations report on drugs and crime, developing nations in Africa and South America have also seen increases in opioid use and trafficking and are cause of concern.

Studies show that the teenage brain is highly susceptible to peer pressure, and youths who are told that drug use is acceptable are more likely to try drugs. This is especially bad considering that drugs have been glamorized by music and movies for many years – showing children that drug use is the “cool” thing to do.

According to the National Center on Addiction and Substance Abuse, external forces such as friends and family members have been known to effect drug use in children and teenagers. So, having important celebrities as anti-drug advocates can send a strong message to the world’s youth.

The fact is that children are perceptive, and people of influence need to vocalize that drug use can ruin lives.

Drug use in movies, TV shows and music definitely influence impressionable young minds – for better or worse – so celebrity voices are needed now more than ever to deter early drug use. Children need to be aware of the immense dangers of opioids and the deaths of famous people can show that while drug culture might look glamorous – it will only lead to death. 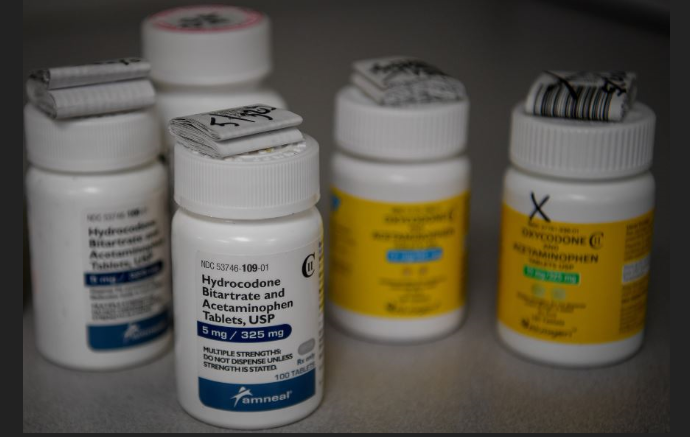 Bottles of opioid-based medications at a pharmacy in Portsmouth, Ohio. (Photo: Reuters/Bryan Woolston)

In the last decade alone, several other well-known celebrities, such as Prince and Tom Petty, have died from opioid overdoses, and their deaths have sent shockwaves throughout the world.

One such celebrity death that can help advocate for a drug-free living is rapper Lil Peep, real name Gustav Åhr, who recently died of an accidental Fentanyl-Xanax overdose last November. His life’s legacy could be used to influence the public’s perception on drug use since his brother stated that his fans commonly took the rapper’s messages to heart.

While his death is awful, this could be the spark that can help young people see how bad drug use is.

Lil Peep’s death is especially important because his music spoke to a younger generation about themes like relationships and drug addiction. His death could show teens that drugs are dangerous, and that true talent shouldn’t be thrown away on their account.

China is also seeing growth in its painkiller market, reaching sales of 3.6 billion yuan in 2017. One celebrity at the forefront of anti-drug use is action star Jackie Chan, who was named an anti-drugs ambassador in China in 2009. Chan, who has worldwide appeal across all ages, even criticized his son Jaycee Chan when he was convicted on marijuana possession charges in 2015.

The world needs more anti-drug crusaders, like Chan, who adamantly speak out against drugs in order to make them less appealing to the masses.

Furthermore, drug use in general needs to be de-popularized – even for drugs with less stigma like marijuana. While marijuana has become legalized in many locations in the US and world some experts say that the “gateway drug” still poses a threat to society since it can influence more drug use.

A 2017 Columbia University study found that escalating drug use could be seen in rodents, giving new insight into how “gateway drugs” work and effect behavior. The same university did a similar study with mice in 2011, supporting the idea that some drugs, like marijuana, are better positioned than others to act as place holders for hard drugs. Furthermore, a 2014 JAMA Psychiatry study found that 75 percent of heroin users started their addictions after using painkillers.

The bottom line is that the opioid crisis and drug abuse is spiraling out of control, and it will only continue to rise unless someone with widespread influence uses their power to de-glamorize drug culture. The world’s celebrities need to take responsibility to influencing young minds and tackling the opioid epidemic should be their first objective.

Celebrities need to stop showing that drug use is cool, and instead show that it usually just leads to jailtime or death. Once celebrities get this message out, drugs might lose their popularity and the world might see some relief from this problem.