HEADLINE Commentary: US integrity in need of repair before infrastructure can improve

Commentary: US integrity in need of repair before infrastructure can improve 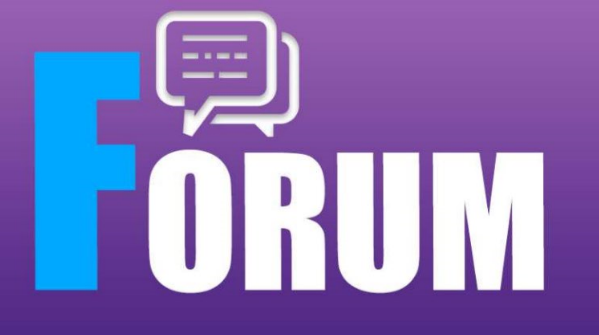 On March 15 when a modern-style pedestrian bridge at Florida International University (FIU) collapsed and killed six people, it was a blow to America’s already crumbling infrastructure. But what made this tragedy even worse was how the bridge was a state-of-the-art wonder and it collapsed before it was even used.
If new US infrastructure couldn’t be trusted, then what was to be said of the nation’s bridges, highways, and dams that have been in need of serious repair for decades?

The bridge was part of the University City Prosperity Project and was awarded a $12 million TIGER grant in 2013. Four years later, construction began. In 2009, Congress passed the American Recovery and Reinvestment Act, and it would be former-US President Barack Obama’s  infrastructure achievement during his eight years at the White House.

Tucked inside the measure was the Transportation Investment Generating Economic Recovery (TIGER) discretionary grant program. The US Department of Transportation (DOT) oversees the program.“TIGER grants are targeted investments for our local communities that will increase safety, create jobs and modernize our country’s infrastructure,” said DOT Secretary Elaine Chao.A statement on the DOT website explains that the winning projects are chosen because of their exceptional and inexpensive benefits. The FIU bridge had received international attention as it planned to use the “accelerated bridge construction” method (ABC) and was touted as an “instant bridge.”In August 2017, the bridge was ahead of schedule and was accelerated after a student was hit and killed by a car when she tried to cross the eight-lane road the bridge would soon cross.  The self-cleaning concrete bridge would be the only one of its kind in the world and had titanium dioxide, a chemical that captures pollutants which would keep the bridge bright white and reduce cleaning costs. Local media reported it would even have WiFi.  Days before the bridge collapse, the highly competitive 2017 Tiger grants were announced. This year’s focus was on rural projects, and out of 1,400 applications only 41 were selected. Trump has vowed to scrap the discretionary fund and said this year would be its last, but Congress continues to fight him on it while critics have voiced concern the program is a game of political favoritism.The state of Nebraska received $25 million for its Lincoln South Beltway project. The DOT website lists it as a rural endeavor.  Within the grant guidelines is a statute that benefits rural projects and covers their entire budget up to a certain amount. This year’s maximum grant award was $25 million.  In the US, for a town or city to be considered rural, its population cannot exceed 50,000. Lincoln, the capital city of Nebraska, has a population of roughly 280,000. Meanwhile, the governor of Nebraska and all five of the state’s Congressional leaders are Republicans. It seems Washington has remained focused on US infrastructure repair.  In February, Trump introduced a $200 billion infrastructure plan, and Congress recently passed the Critical Funding Bill which includes a $21 billion infrastructure budget.On Monday, Federal agencies signed a Memorandum of Understanding (MOU) supporting Trump’s “One Federal Decision” framework which will speed up the permit process for infrastructure projects.  GOP House Speaker Paul Ryan said, “Major projects can too easily get bogged down in bureaucracy, and these reforms will go right at that logjam.”Days before the FIU bridge collapse local newspapers marveled at how the entire span of the walkway had been installed within hours using advanced techniques. School officials confirmed the bridge would be ready in 2019.Chair of FIU’s Civil Environmental Engineering Department Atorod Azizinamini said,“Building the major element of the bridge – its main span superstructure – outside of the traveled way and away from busy Eighth Street is a milestone.”The Florida Department of Transportation, the two companies behind the bridge’s construction and design, along with the school, are the main focus of the ongoing NTSB investigation.  In the past, penalties have always been light in cases of structural collapse, but that could now change.In the modern era, not one president has succeeded at handling America’s infrastructure crisis. At the same time, it is an impossible quick fix and a ridiculous voter expectation.  Negligence and a lack of integrity have forced the US into a situation where a law is needed that would require bipartisan cooperation from national and state leaders to make sure highway, port, and bridge repair remain a constant concern. Until the next structural tragedy happens, it might be best to avoid bridges and take the long way home.