HEADLINE Cooperation the only right choice for China, US: MOC

Cooperation the only right choice for China, US: MOC 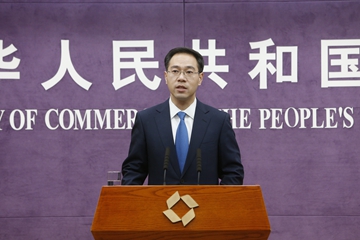 China's Ministry of Commerce reiterated on Thursday that cooperation was the only "right choice" for China-US trade ties, responding to concerns over recent protectionist moves by the United States."China is always open for cooperation and dialogue, we hope trade friction between the two countries will not escalate and the two sides could properly dissolve the disputes in a constructive way," said ministry spokesperson Gao Feng at a press conference."We hope economic and trade cooperation between China and the US not only benefits development for both sides, but also serves as a positive force for world economic growth, which could help avoid causing uncertainties to the world economy and damaging the environment for global trade and investment," Gao said.The comments came as the Office of the United States Trade Representative announced Monday that the country would impose tariffs of up to 50 percent on imported washers for the next three years, and up to 30 percent on solar cells and modules for the next four years.Officials and analysts believe the decision will not only risk inflaming tensions with major trade partners, but also distort international trade order and jeopardize the hard-won global recovery, which remains fragile."For unilateral, protectionist actions that defy WTO rules, China will take appropriate measures to defend its own interest," Gao said.