By Wang Hailin and He Yong | People's Daily app 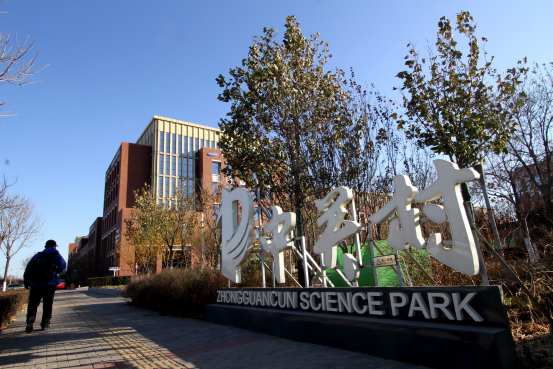 More companies from Beijing are starting their businesses at the Tianjin (Binhai) Zhongguancun Science Park, as the strategy for coordinated development of the Beijing-Tianjin-Hebei area is push forward. (Photos: VCG)

China has found a fundamental prescription with its own characteristics to cure the "big city diseases", thanks to its successful roadmap for the coordinated development of the Beijing-Tianjin-Hebei region.

The blueprint to strengthen the coordinated regional development is believed to contain the elements necessary for a high-quality development.

As the coordinated development of the Beijing-Tianjin-Hebei region will march toward the medium-term target starting from this year, the world is watching how the three places achieve high-quality development and find a new path for better development of the populous areas at this historic junction.

The medium-term target says that by 2020, the permanent population of Beijing will be controlled within 23 million, and Beijing's "urban illnesses" such as air pollution and congestion will be relieved. 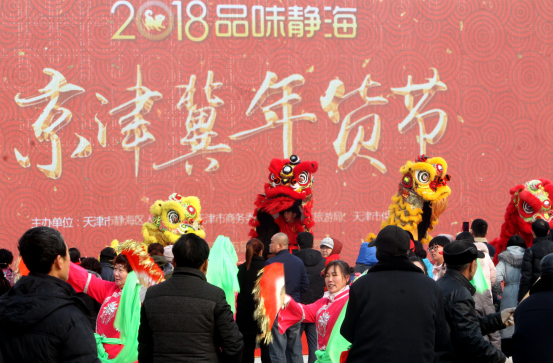 A New Year purchase fair displaying goods from Beijing, Tianjin and Hebei is held at an agricultural product logistics and trade center in Jinghai district of Tianjin, Jan. 27, 2018.

According to previous plan, the primary task for the coordinated regional development is to move the non-capital functions away from Beijing.

The key to fulfill the task is to take part in the process, said Yang Maorong, head of the Binhai New Area of Tianjin, adding that as long as relevant shareholders engage in the process and support it with industries and projects, they will benefit from it.

Over the last four years, the Binhai New Area has introduced over 2,500 projects from Beijing with a contracted investment of 350 billion yuan ($55.5 billion), he disclosed.

Technological innovation is deemed as a driver of high-quality regional development. As home to the largest number of colleges and universities, scientific research institutions and high-tech parks across the country, the region is suggested to integrate these high-quality resources to achieve a synergetic effect.

The Tianjin (Binhai) Zhongguancun Science Park, established on Nov. 22, 2016, is an important step toward the innovation-driven and coordinated development of the Beijing-Tianjin-Hebei area.

"The park integrates the innovative achievements from Beijing with Tianjin's advanced resources. At present, there are more than 400 newly registered enterprises in the park," Yang disclosed.

"Big companies from Beijing, such as Baidu and JD.com, have established their projects here. The park has become a new landmark project under the strategy of the coordinated development of the Beijing-Tianjin-Hebei region," he added.

Environmental protection is considered as another important basis and major task for the coordinated and high-quality regional development.

The three places have now begun to share the benefits generated from their concerted efforts, said Zhang Gong, member of the Standing Committee of Communist Party of China (CPC) Beijing Municipal Committee.

Over the last four years, the density of PM2.5 in the three places dropped by more than 30 percent, giving cleaner air to locals, disclosed Zhang, also Executive Vice Mayor of Beijing.