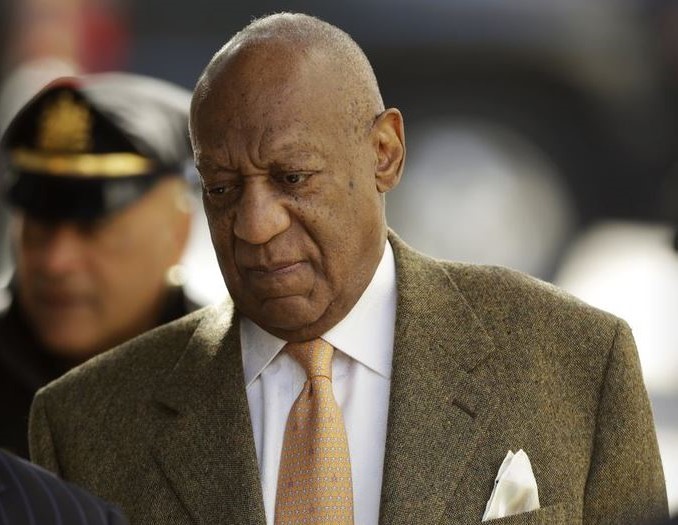 Jurors in Bill Cosby’s sexual assault retrial won’t hear old deposition testimony from a confidante of his chief accuser, a judge ruled Monday, dealing a blow to his lawyers’ effort to undermine her credibility.

As the trial entered its home stretch, Judge Steven O’Neill said there’s “no persuasive” reason to let Cosby’s lawyers read Sheri Williams’ deposition testimony into the record. The defense wanted to use the testimony from Andrea Constand’s 2005 civil lawsuit against Cosby after failing to reach Williams with a subpoena, but O’Neill rejected the request, saying a prosecutor should have the right to cross-examine her.

Constand testified at Cosby’s first trial last year that she and Williams were good friends and were in touch as she went to police in January 2005 with allegations the TV star drugged and molested her.

Cosby’s lawyers said they expected Williams’ testimony to refute Constand’s claims that she was unaware he was romantically interested in her. They said she’d show that Constand “could not have been the unwitting victim” prosecutors have portrayed.

After blocking her deposition, O’Neill said closing arguments in the retrial are expected Tuesday. The jury in Cosby’s first trial deadlocked last year, setting the stage for the 80-year-old comedian’s retrial on three counts of aggravated indecent assault. Cosby has said his 2004 sexual encounter with Constand was consensual.

The judge also prevented jurors from hearing testimony that Constand was once hooked on hallucinogenic mushrooms or had her sights set on becoming a millionaire, but that hasn’t stopped the defense from airing the explosive claims about her in the court of public opinion.

Cosby’s lawyers and publicists are increasingly playing to an audience of millions, not just the 12 people deciding his fate.

They’re hitting at Constand’s credibility in the media with attacks that O’Neill is deeming too prejudicial or irrelevant for court, and they’re holding daily press briefings portraying Cosby as the victim of an overzealous prosecutor and an unjust legal system.

Cosby spokesman Andrew Wyatt has decried Constand’s allegations of drugging and molestation as “fantastical stories” and deemed District Attorney Kevin Steele an “extortionist” for spending taxpayer money on the case.

Wyatt was silent Monday morning, though, as Cosby and his team arrived at the courthouse in suburban Philadelphia for Day 11 of the retrial.

Lawyer Dennis McAndrews, who’s been in court following the retrial, said prominent defendants like Cosby almost always play to the court of public opinion when there’s no gag order, but that his team’s approach hasn’t been “particularly effective or convincing.”

“It is so strident, and it is so hyperbolic, I think most people will turn it off,” said McAndrews, who prosecuted chemical heir John E. du Pont for murder in 1997 and is not associated with either side in the Cosby case.

Cosby’s lawyers are expected to call an agent and an aviation consultant to the witness stand Monday as they continue to make the case that he never visited his suburban Philadelphia mansion in January 2004 — the month Constand says he knocked her out with pills and molested her there.

The date is important because Cosby was not charged until December 2015, just before the 12-year statute of limitations was set to expire.

Cosby’s lead attorney, Tom Mesereau, opened the retrial by calling Constand a “con artist” who framed Cosby for a big payday. Her former Temple University colleague Marguerite Jackson testified that Constand once mused about setting up a high-profile person.

Constand’s lawyer, Dolores Troiani, said in an interview that the defense attacks on her client are “absolutely part of their strategy to smear her reputation. They know they have judicial immunity, so they can say these things whether or not there’s a basis in fact.”

The Associated Press does not typically identify people who say they are victims of sexual assault unless they grant permission, which Constand has done.