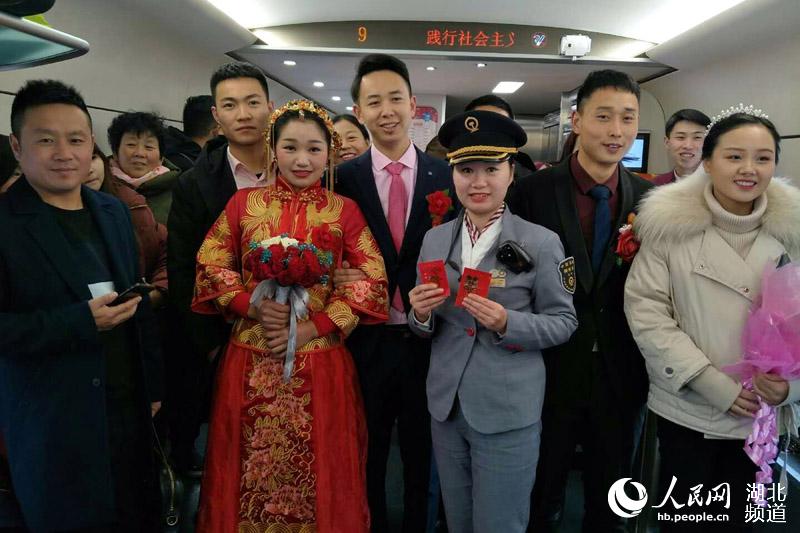 The couples pose with Conductor Xu Qing for a memorable wedding album photo aboard the G510 high-speed train on January 5. (Photo: People.cn)

Two couples managed to make it to their wedding ceremonies - by high-speed train - after heavy snow stopped all the traffic in a Central China city on January 5.

G510 train passengers and staff offered blessings to the couples as they distributed traditional lucky candy on the Xinyang-Minggang express car on January 5. 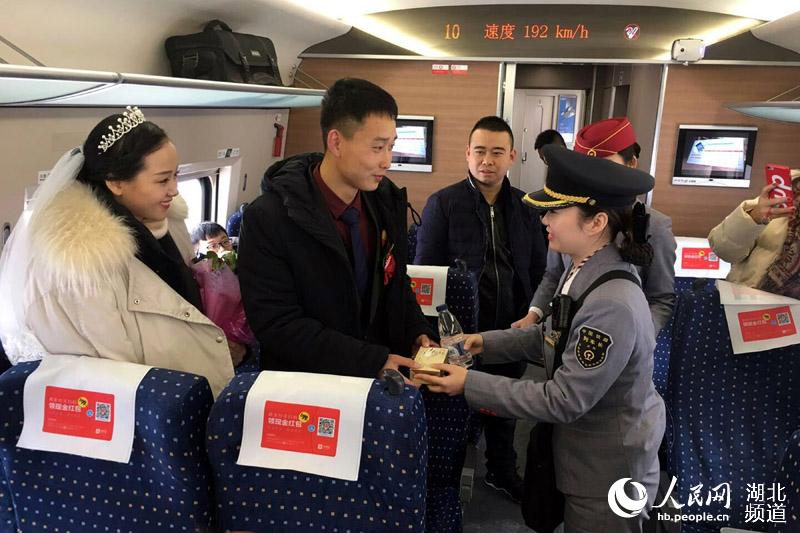 Conductor Xu Qing and train crew give blessings and gifts to a newly-wed couple on the G510 express on January 5. (Photo: People.cn)

One of the bridegrooms explained to People’s Daily Online how he was supposed to be driven from his Henan Province hometown of Minggang to the nearby city of Xinyang to pick up his bride for their wedding.

Alas, snow blocked the road to his love. 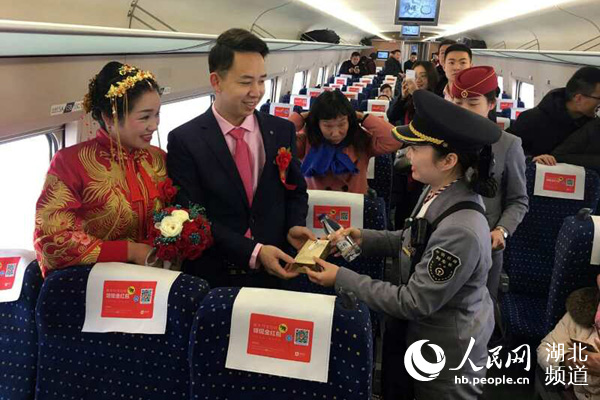 The groom's family and friends had a whip-round and bought the groom high-speed train return rail tickets instead.

The story did not end when he met his bride and got on the G510 train back to Minggang.

To his astonishment, he met another couple of newlyweds on the same train, with a similar story.

"Thanks to the high-speed railway, our wedding could be held as arranged," said the groom surnamed Li, who did not reveal his full name. 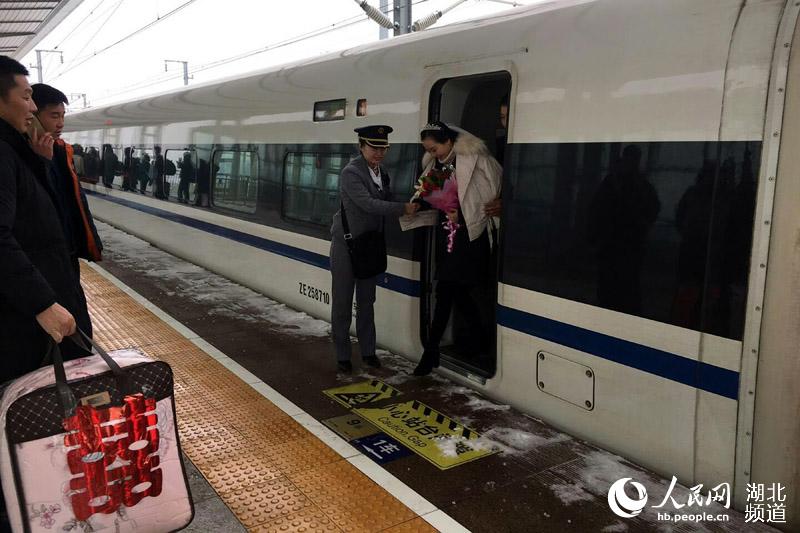 "I hope you all live happily after," she said.