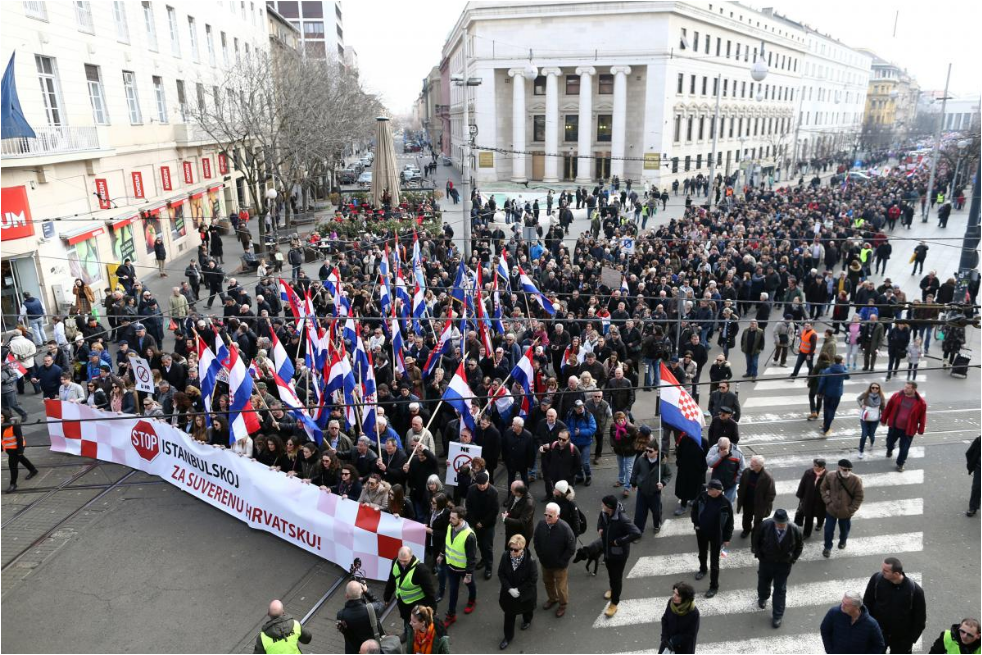 People walk during the protest against the ratification of the Istanbul Convention in Zagreb, Croatia, March 24, 2018. (Photo: Reuters)

Thousands of Croat conservatives protested on Saturday against the proposed ratification of a European treaty that describes gender as a “social role,” fearing it could undermine traditional family values in the predominantly Catholic country.

People walk during the protest against the ratification of the Istanbul Convention in Zagreb, Croatia, March 24, 2018. REUTERS/Antonio Bronic

The protesters marched down the main streets of the capital Zagreb, carrying a huge banner reading “Stop the Istanbul (Convention) for Sovereign Croatia,” waving national flags and singing patriotic songs.

Earlier this week, Croatia’s conservative government adopted the treaty, designed to combat violence against women, despite opposition from within its own ranks, conservative groups and the local Catholic Church.

While supporting the protection of women, opponents object to the treaty’s definition of gender, which they say paves way for introducing transsexual or transgender as separate categories, which they oppose.

Last month, the same treaty was rejected in two other eastern European Union countries, Bulgaria and Slovakia, for similar objections about the definition of gender as “social roles, behaviors, activities and characteristics that a particular society considers appropriate for women and men.”

The Croatian government has urged the parliament to ratify the treaty, known as the Istanbul Convention, and also adopted a separate statement saying the treaty will not change Croatia’s legal definition of marriage as a union between a man and a woman. 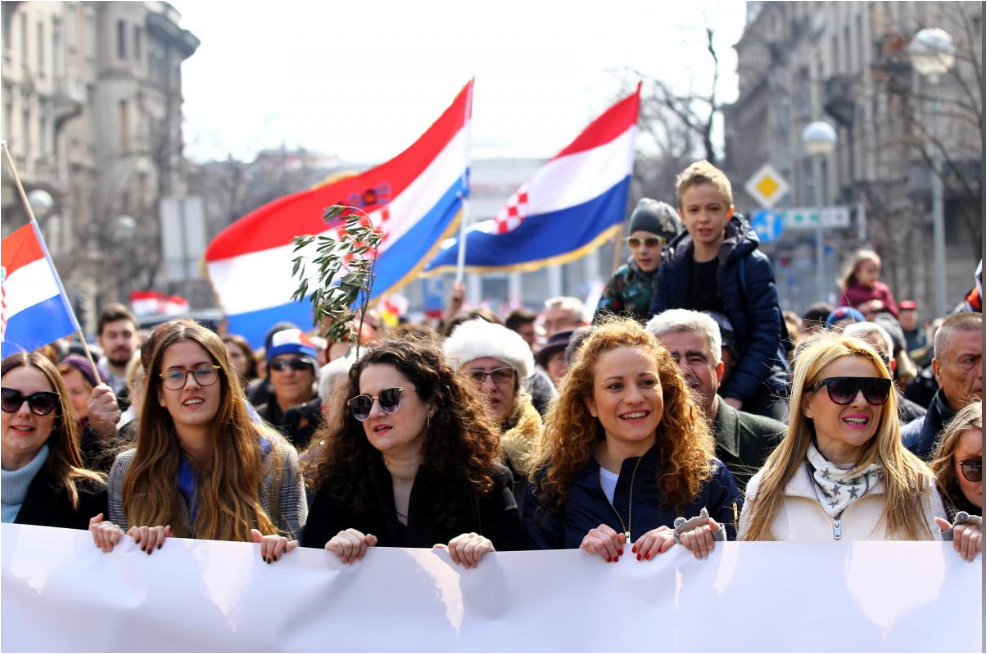 People are seen during the protest against the ratification of the Istanbul Convention in Zagreb, Croatia, March 24, 2018. (Photo: Reuters)

But protesters said the ratification was unacceptable.

“This is betrayal!”, “Plenkovic, leave!”, the protesters chanted, calling for Prime Minister Andrej Plenkovic to step down.

“I think this is a turning point for Croatia when we must decide whether Croatia will choose a preservation of family and traditional values or we will go another way imposed from outside, from Brussels or like what we see in Canada where there will be a parent 1 and parent 2 instead of mother and father,” said Kristina Pavlovic, a protest organiser.

Treaty opponents have said they will push for a referendum on the issue. But according to a poll conducted for the government this week, two thirds of Croatians back ratifying the treaty.

A small counter-rally was organized in support of the treaty, and police had to divide the two groups after they verbally clashed.

The treaty’s supporters said many protesters, including war veterans, were brought by buses from other towns and outside of Croatia to attend the rally, which they said was politically-motivated.

“I protest for my grandchild, grand-grandchild and all those who gave their lives for Croatia,” an elderly man told the N1 television. “I am a grandfather, I am not going to be a parent 1 nor a parent 2.”