As Chinese spending on cross-border e-commerce surges, the number of complaints from consumers are rising, especially related to delivery and refund problems, according to a report by a Chinese think tank.

Complaints about cross-border e-commerce transactions accounted for 12.9 percent of the total complaints to e-commerce businesses in 2017, up 1.37 percentage points year-on-year, according to a survey and report released by e-commerce think tank 100ec.cn on Wednesday.

The major issue was delivery.

In addition, among 1,312 consumers surveyed about cross-border e-commerce, most complained about the difficulty in getting refunds.

According to the survey, the top five challenges in getting refunds are navigating the laws and regulations in various countries and regions; difficult refund processes; higher expenses related to refunding goods across borders; issues involving duties and taxes; and difficulties related to delivery.

To improve customer experience in logistics, a number of problems need to be solved, the think tank concludes.

First, the delivery cycle is too long. Some 21 percent of cross-border e-commerce goods are delivered within three days, while 47 percent of consumers noted the waiting period was three to five days.

Second, there are many uncontrollable factors in the delivery process. Rough handling by the couriers has been one of major themes in the consumers’ complaints.

Third, a tedious process with delivery companies makes it difficult to get refunds. As a result, consumers are frustrated while following through.

In the first half of 2017, goods imported through cross-border e-commerce transactions were valued 862.4 billion yuan ($136 billion), up 66.3 percent year-on-year, according to the think tank.

Regulations for cross-border e-commerce industry players have developed as the transaction volume increased over the past five years.

The government is offering some support to cross-border e-commerce, the report finds.

On November 24, 2017, the Ministry of Finance published an adjustment for import tariffs for some consumer goods. Effective from December 1, 2017, the average tax rates were cut from 17.3 percent to 7.7 percent for 187 categories of products. 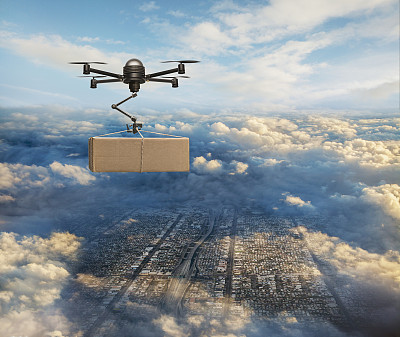 On September 20, 2017, the State Council, or the cabinet, extended the transition policy for cross-border e-commerce supervision for one more year to the end of 2018.

These moves give industry players the opportunity to reduce operational costs.

The think tank concludes that the entire industry is in the middle of integration and reshuffling. Winners must overcome the problems facing the industry, addressing the concerns of local consumers in China’s massive and growing market.