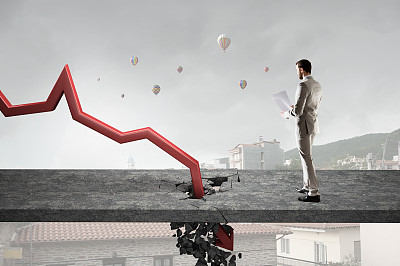 NEM, the 10th biggest cryptocurrency by market capitalisation, plunged more than 16 percent in the past 24 hours, according to CoinMarketCap.com. Bitcoin was down 4.75 percent to $10,748.20, ripple slid nearly nine percent and ethereum was 2.35 percent lower.

"We have suspended the deposit, withdrawal, buying and selling of NEM. We're sorry for causing you great inconvenience and making you worry," Coincheck said in a series of tweets announcing it had suspended trading for all cryptocurrencies apart from bitcoin.

"Currently we're suspending the buying and selling of altcoin (alternative currencies) except for BTC (bitcoin). We're sorry to cause you great inconvenience. Thank you for your understanding," it said in another tweet.

Coincheck did not elaborate on what had prompted it to suspend trading but said it was preparing an announcement.

According to its website, which proclaims it is "the leading bitcoin and cryptocurrency exchange in Asia", Tokyo-based Coincheck was founded in 2012 and had 71 employees as of July last year.

In 2014 major Tokyo-based bitcoin exchange MtGox collapsed after admitting that 850,000 coins -- worth around $480 million at the time -- had disappeared from its vaults.

Bitcoin is recognised as legal tender in Japan and nearly one third of global bitcoin transactions in December were denominated in yen, according to specialist website jpbitcoin.com.

The virtual currency is well down from record highs approaching $20,000 in late December, having rocketed 25-fold last year, before being hit by concerns about a bubble and worries about crackdowns on trading it.

But speaking Thursday at the Davos summit, he said the cryptocurrency would likely avoid a full crash because authoritarians would still use it to make secret investments abroad.