A magnificent scene of rime appeared Wednesday in Taklimakan desert, China's biggest desert, also known as the "Place of Ruins" or the "Sea of Death".

Located in Xinjiang Autonomous Region of Northwest China, the desert won the nicknames because it is a waterless death trap.

Frost hanging on the branches, known as rime, has turned the wasteland a dazzling fairyland.

Rime is white ice deposited on objects that forms during a mix of extreme low temperatures and fog. Such beauty barely seems possible in the "Sea of Death." However, miracle happens sometimes. Enjoy it! 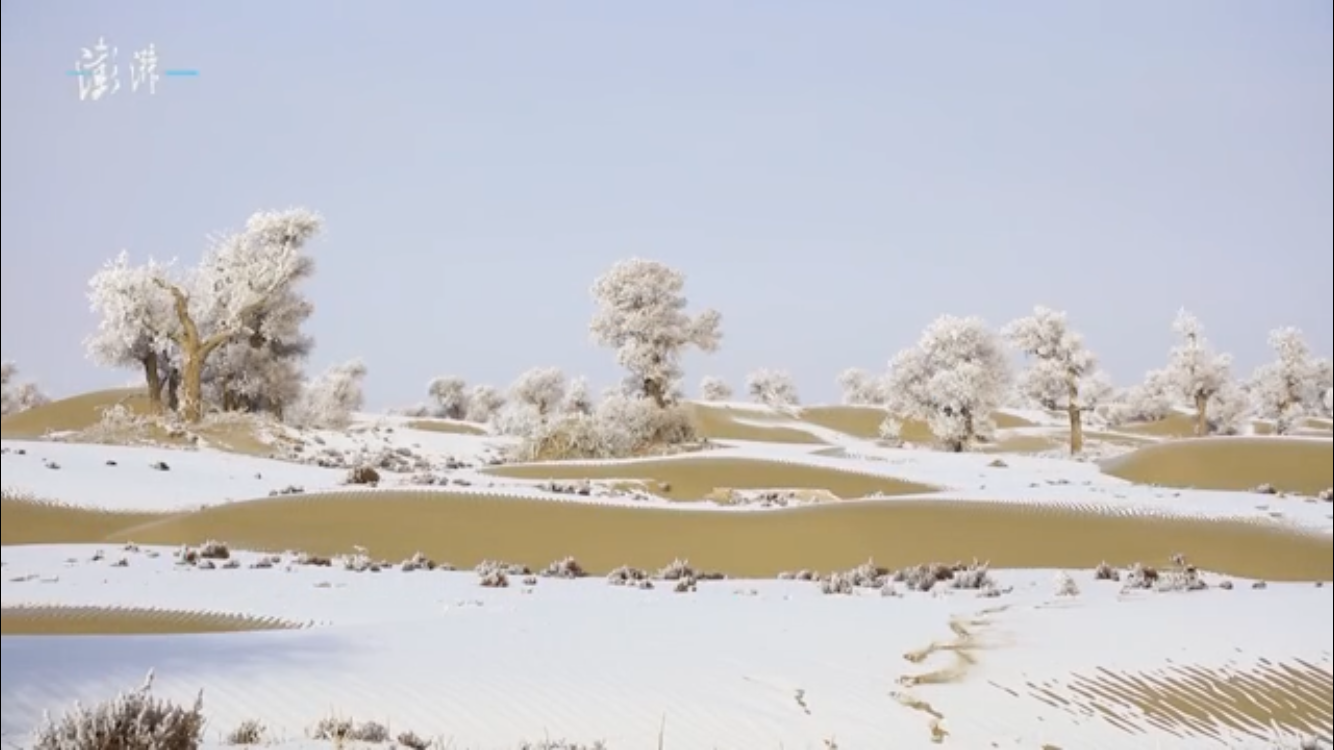