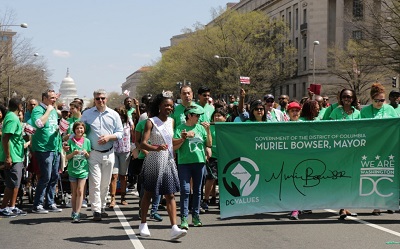 Washington (People's Daily) – Hundreds of African Americans took to the streets Saturday in Washington, D.C. to celebrate Emancipation Day, a local holiday marking the anniversary of the abolition of slavery on April 16.

One hundred and fifty-six years ago, US President Abraham Lincoln signed the Compensated Emancipation Act, freeing more than 3,000 slaves in Washington, D.C.. The Act ended slavery in the district several months before Lincoln issued the Emancipation Proclamation to free slaves in the American south.

Hundreds witnessed the parade Saturday afternoon, and watched performances and a concert in Freedom Plaza. Sarah Corners, a federal consultant who moved to the capital four years ago, joined the parade after receiving an invitation from Mayor Bowser’s office. She said she first learned of the occasion in history class at school. In her hometown in Ohio, people celebrate the Juneteenth festival to advocate for equality and freedom, similar to D.C.’s Emancipation Day. 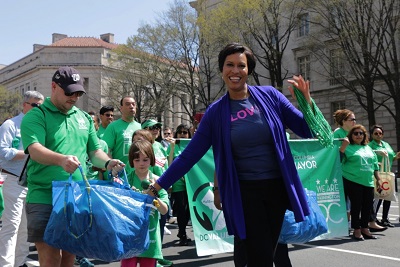 Muriel Bowser, mayor of Washington, D.C in the parade.

“This day absolutely needs to be celebrated as a country. This is for everybody. I am happy to see so many people here. Personally, equality is part of  the values behind the celebration.”

Racial and ethnic disparities still exist in the US

According to an annual report published by Stanford University’s Center on Poverty and Inequality in 2017, despite improvements in education, social mobility and many critical areas, large racial and ethnic disparities still exist in the US – and are sometimes even increasing. For example, the employment rate for African American men has been 11 to 15 percentage points lower than for whites in every month since January 2000. 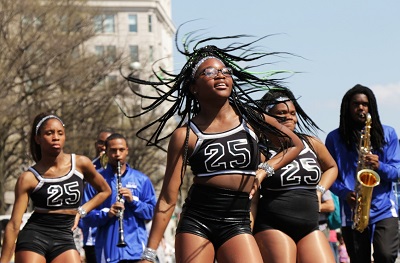 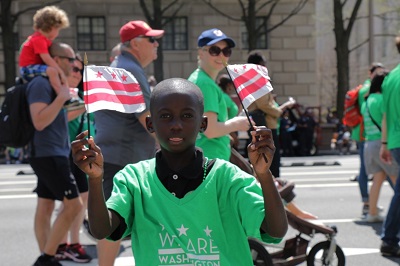 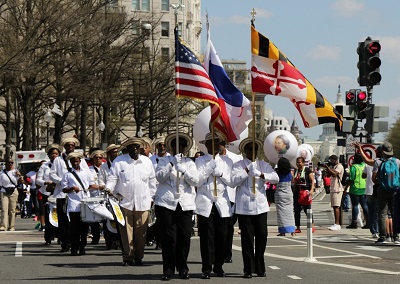