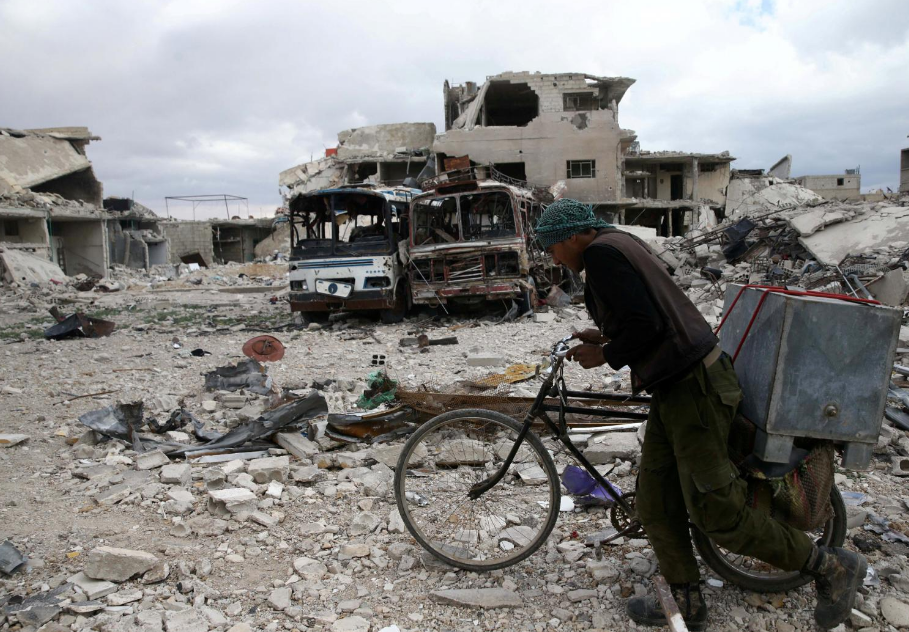 A man walks with his bicycle at a damaged site in the besieged town of Douma, Eastern Ghouta, in Damascus, Syria March 30, 2018. (Photo: Reuters/Bassam Khabieh)

Negotiators in the last rebel-held bastion in Syria’s eastern Ghouta reached a deal on Saturday with the Russian side to evacuate the wounded from Douma to rebel-held northern Syria, local sources familiar with the deal said.

The agreement was reached by the negotiating committee that comprises both civic leaders and representatives of Jaish al Islam, the rebel faction in control of Douma, the sources said.

The committee has been negotiating a deal to spare the city a military assault by the Syrian army and its allies who encircle it. They have threatened to storm the city if rebels do not agree to surrender the last patch in the enclave in return for safe passage to insurgent-held territory in northwestern Syria.