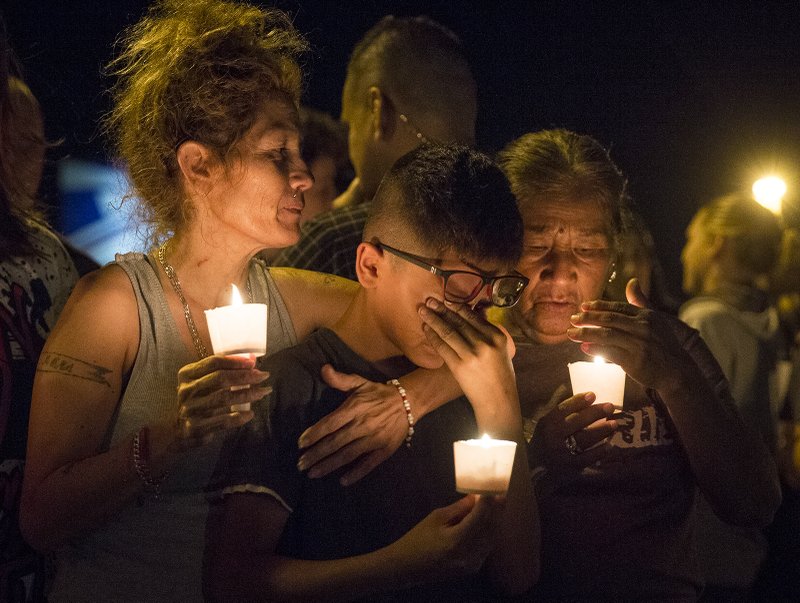 Authorities in Texas say law enforcement went to the home of the suspected church gunman three years ago to investigate a domestic violence complaint involving him and his then-girlfriend.

Paul Anthony, a spokesman for the Comal County district attorney’s office, told The Associated Press that sheriff’s deputies were called just after 10 p.m. on Feb. 1, 2014, to the New Braunfels home of Devin Patrick Kelley and his family.

Citing a sheriff’s office report, Anthony says a friend of Kelley’s girlfriend told authorities she received a text message from the girlfriend that indicated “her boyfriend was abusing her.” When sheriff’s deputies arrived at the home, they were told by people in the house that there was no problem.

Kelley was discharged from the Air Force the same year after being punished for allegedly assaulting his spouse and child.

The special agent in charge of the Bureau of Alcohol, Tobacco, Firearms and Explosives field office in Houston says three guns have been recovered from the suspect in the deadly church shootings in Texas.

Fred Milanowski (mil-uh-NOW’-skee) said during a news conference Monday that officers recovered a Ruger AR-556 rifle at the church.

Milanowski said two additional handguns were recovered from the vehicle driven by Devin Patrick Kelley — a Glock 9mm and a Ruger .22-caliber. Milanowski says all three weapons were purchased by the now-deceased suspect.

Freeman Martin with the Texas Department of Public Safety said Kelley did not have a license to carry a concealed handgun. He says he did have a “noncommissioned, unarmed private security license similar to a security guard at a concert-type situation.”