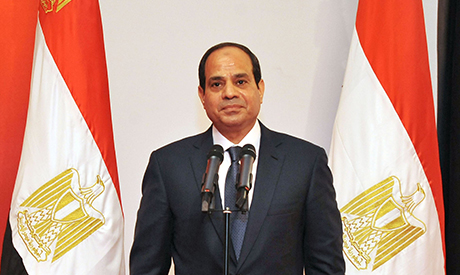 Cairo (People's Daily) - Egypt's National Elections Committee announced the results of the presidential elections earlier this week: incumbent President Abdel-Fattah Al-Sisi won a second term until 2022 with 97 percent votes. Given Egypt's critical position in both the Arab world and Africa, it is high time to discuss the goals and challenges facing Sisi in his second term in office, which will officially begin in June.

Through skillful diplomacy, Sisi has repositioned Egypt as a strategic pillar in the Middle East. Not only has he reversed the seemingly impulsive foreign policy pursued by former Muslim Brotherhood President Mohamed Morsi, but provided a viable solution to Egypt’s long-standing diplomatic dilemma by diversifying international connections.

Since Egypt achieved “cold peace” with its arch rival Israel in 1979, the United States, as the major broker of the Egypt-Israel treaty, has always been treated as a preferential ally in Egyptian foreign policy. The US-first policy, though brought huge amounts of military assistance to Egypt every year, also made it difficult for Egypt to develop relations with other major powers. Uneasy with Morsi’s dismissal from office in 2013, the United States cooled down its cooperation with Cairo shortly afterward. Sisi seized this opportunity to diversify international connections with Russia and EU countries. 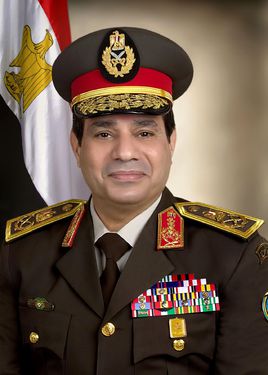 During Sisi’s first term, key members of the Egyptian cabinet made frequent visits to Russia, signing large weapons contracts. The visits gave rise to a military rapprochement between Cairo and Moscow, after 45 years of hostility following former Egyptian President Anwar Sadat's expulsion of Soviet military advisers from the country in 1972. The two countries even reached a preliminary agreement to allow Russian military jets to use Egyptian air space and bases at the end of last year. In the meantime, Sisi periodically visited major EU members such as France, Germany, and Italy, always taking back sizable foreign direct investment. The US, probably feeling snubbed, soon resumed its military assistance, mil-tech cooperation, and strategic dialogues with Egypt.

In the second term, Sisi faces many challenges in foreign relations, given the continuing upheaval in the Middle East. The most daunting challenges would come from Egypt’s surrounding countries — Palestine, Libya, Yemen, Syria, and Iraq. The weakness and sometimes complicity of the international community in the war against terrorism has allowed the scourge to linger and survive because of domestic conditions in these countries. Extremists utilize the absence of a powerful central government in Palestine and Libya to infiltrate Egypt through its borders. The unstable domestic situation in Yemen, Syria, and Iraq poses direct threat to Egypt’s energy and economic security.

Water security is a to-be-or-not-to-be issue for Sisi’s second term. Tensions with Ethiopia have risen over the use of Nile river water and Addis Ababa’s decision to build Africa’s biggest hydroelectric dam on the river. Treaties reached in 1929 and 1959 give Egypt a right to the majority of Nile’s water, and the country relies almost totally on the river for irrigation and drinking water. The Grand Ethiopian Renaissance Dam (GERD) could upset the hydro-political status quo that gave Egypt disproportionate importance in regional politics over decades. In a bid to resolve their differences, a new round of talks on the GERD opened in Khartoum this week with participation of foreign and water resources ministers, as well as chiefs of intelligence and security of Sudan, Egypt and Ethiopia, but failed to reach an agreement.

Sisi, in his second term, is expected to carry on with a balanced diplomatic approach so as to guarantee a favorable external environment. Sino-Egypt relations appear to be the most variable in its relations with major powers, given the time-honored strategic trust since 1950s and, more importantly, the ever-deepening economic ties between the two countries. The strategic mutual trust between Chinese and Egyptian leaders has reached a new level during Sisi’s first term. Five Egyptian-Chinese summits have been held in the last three years, one-third of all summit meetings between the two countries in history. In December 2014, during Sisi’s visit to China, he and Chinese President Xi Jinping jointly upgraded bilateral relations into a comprehensive strategic partnership.

Also during the first term of Sisi, China-Egypt cooperation in a wide array of areas expanded at an unprecedented rate. China has remained Egypt’s largest trading partner and biggest source of imports, with the trade volume staying above $10b each year. The first Sisi presidency witnessed the ever-growing Chinese investment in Egyptian infrastructure projects, which act as an irreplaceable driver of Sisi’s Egypt revival project. Just one week before the presidential election, Prime Minister Sherif Ismail attended the ground-breaking ceremony of the 1.71 million square meters central business district of Egypt’s new administrative capital, developed by China State Construction Engineering Company.