According to the latest JNN opinion poll conducted among 1,200 people aged over 18, Abe cabinet's approval rating dropped by 9.3 points to 40.0 percent, compared with last month. On the other hand, the disapproval rating increased by 9.5 points to 58.4 percent.

Also, the approval rating of 40.0 percent is the second lowest since the establishment of the second Abe administration. 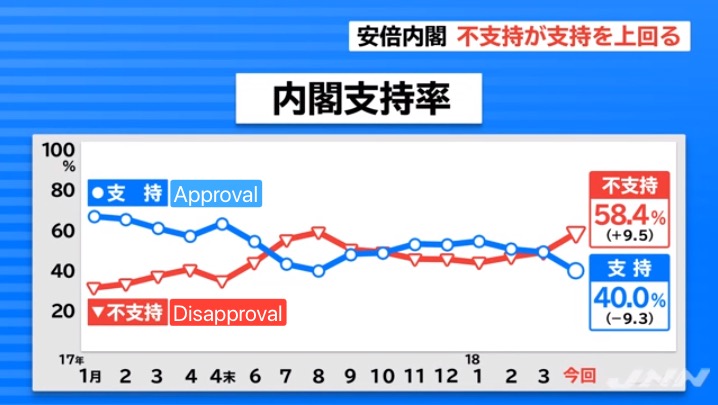