Discovery may lead to batteries charging faster and lasting longer 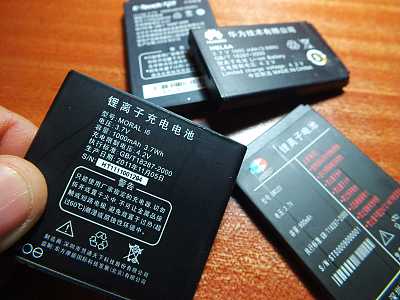 Scientists at the U.S. Department of Energy's Brookhaven National Laboratory have observed an unexpected phenomenon in lithium-ion batteries, the most common type of battery used to power cell phones and electric cars, creating possibilities to develop batteries that "charge faster and last longer."

The discovery, published in the newly released journal Science Advances, shows that as a model battery generates electric current, the concentration of lithium inside individual nanoparticles reverses at a certain point, instead of constantly increasing.

It is a major step toward improving the battery life of consumer electronics.

"If you have a cell phone, you likely need to charge its battery every day, due to the limited capacity of the battery's electrodes," said Esther Takeuchi, a SUNY distinguished professor at Stony Brook University and a chief scientist in the Energy Sciences Directorate at Brookhaven Lab.

"The findings in this study could help develop batteries that charge faster and last longer."

"Previously, scientists assumed that the concentration of lithium would continuously increase in the lattice," said Wei Zhang, a scientist at Brookhaven's Sustainable Energy Technologies Department.

"But now, we have seen that this may not be true when the battery's electrodes are made from nano-sized particles. We observed the lithium concentration within local regions of nanoparticles go up, and then down. It reversed," Zhang added.

"Similar to how a sponge soaks up water, the overall level of lithium continuously increases inside the nano-sized particles," said Feng Wang, the leader of this study and a scientist in Brookhaven's Sustainable Energy Technologies Department.

"But unlike water, lithium may preferentially move out of some areas, creating inconsistent levels of lithium across the lattice."

The scientists explained that the uneven movement of lithium could have lasting, damaging effects and can lead to fatigue failure of the battery.

"Before lithium enters the lattice, its structure is very uniform," Wang said.

"But once lithium goes in, it stretches the lattice, and when lithium goes out, the lattice shrinks. So each time you charge and drain a battery, its active component will be stressed, and its quality will degrade over time. Therefore, it is important to characterize and understand how lithium concentration changes both in space and time," Wang added.

While the study focused on lithium-ion batteries, the scientists say the observed phenomenon may also occur in other high-performance battery chemistries. "