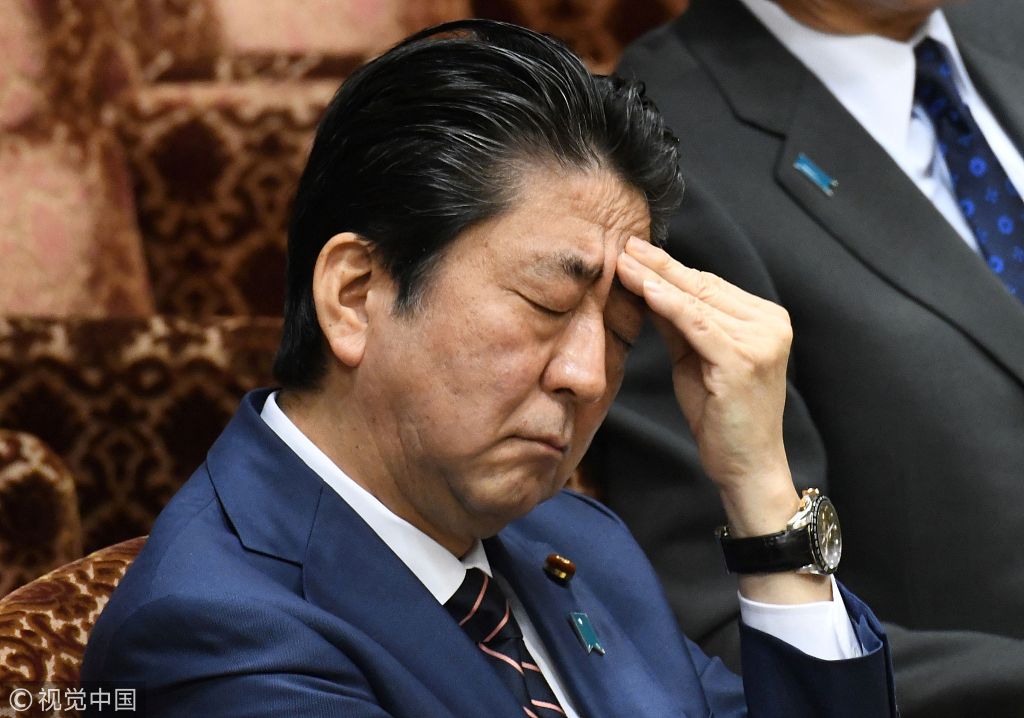 A document related to an influence-peddling scandal connected to the opening of a veterinary school and implicating Japanese Prime Minister Shinzo Abe has been found at a government ministry, it was revealed Friday.

According to Agriculture, Forestry and Fisheries Minister Ken Saito, the document had been kept at the farm ministry. It allegedly shows that a secretary of Abe's at the time informed local officials that a project to open a veterinary school in Ehime Prefecture is a "matter concerning the prime minister."

Tadao Yanase, Abe's aide at the time, has denied making the comments and has said he does not remember such a meeting with the local officials.

This was in contrast to the document's contents which contain details of the exchange three years ago.

The meeting was held to discuss the opening of the school, the doors of which opened last week in western Japan by its operator Kake Educational Institution.

Abe has close ties with the school's operator, Kotaro Kake, and suspicions have long been circling that Abe used his influence in the government's approval of the newly-opened department at the Okayama University of Science.

Political observes on Friday said the latest revelation would provide further impetus for the opposition camp to insist the scandal is rectified by Abe and said it could take a further toll on the public support rate for Abe's Cabinet and widen distrust in the current administration.

Yanase, who now serves as vice minister for international affairs at the Ministry of Economy, Trade and Industry, on Friday refused to backtrack from his initial remarks.

He told a press briefing on the matter that "I stand by my previous comment."