HEADLINE DPRK capital sealed off ahead of major military parade

DPRK capital sealed off ahead of major military parade 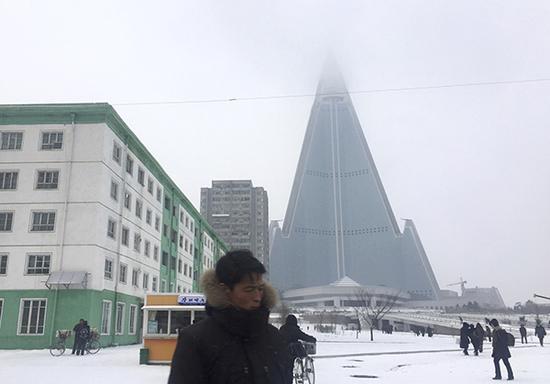 local people walk through the street of Pyongyang. File Photo

The capital of the Democratic People's Republic of Korea (DPRK) was sealed off Wednesday night in preparation for a major military parade to mark the 70th anniversary of the founding of its armed forces, according to witnesses.

All the thoroughfares leading to the central Kim Il Sung Square were blocked by traffic control officers and military personnel, said witnesses.

The DPRK will hold a military parade Thursday at the Kim Il Sung Square in central Pyongyang to mark the founding day of its Korean People's Army, according to official media reports.

It is not known whether Pyongyang will display its latest inter-continental ballistic missiles (ICBM), Hwasong 15 and 14, which are said to be able to strike the U.S. mainland, during the parade.

The last time the DPRK held its military parade was on March 25, 2017, when it showcased its latest missile arsenal including a simulated ICBM.h   Such high level security measures indicate that DPRK top leader Kim Jong Un may attend the parade.

The few foreign correspondents based here have not been invited to cover the event.

Last month, the DPRK changed its official date to celebrate the army founding from March 25 to Feb. 8.

While some speculate the move could be a message to the upcoming PyeongChang Winter Olympics set to open Friday, Pyongyang insists that it is normal for any country to celebrate its army founding day.