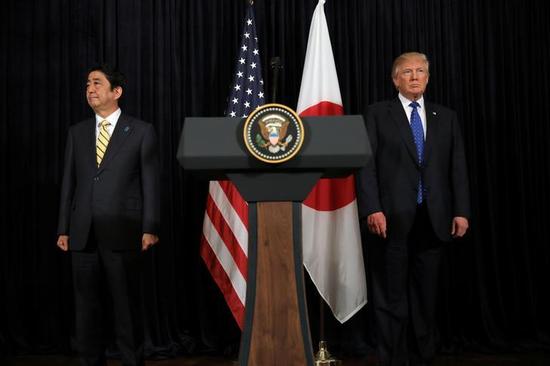 A spokesman for the Korean National Peace Committee said in a statement that the US and Japan have been staging "combined air-defense and missile-shielding drill" from Feb. 16 under the pretext of tackling "threats" from the DPRK's ballistic missiles and fighter jets, according to Korean Central News Agency.

The exercise, which will end Friday, reportedly included the inspection of the system of joint detection, tracking and interception of the DPRK's ballistic missiles and fighter jets through coordinated operation of the air-defense network of the US and Japan, said the spokesman of the official body in charge of dealing with inter-Korean peace work.

The drills also included the interception drill of Patriot missiles under the Japan Air's "Self-Defense Force (SDF)" and the emergency sortie drills of its fighter jets, said the spokesman.

"The recent drill assumes greater bellicosity and danger as its scope has been expanded as never before with the involvement of the Japan Air SDF and US Marines and Air Force units as well as the Japan Maritime SDF and units of the US navy," the spokesman said.

The spokesman also accused the US and Japan of trying to tarnish the "improving atmosphere" of the inter-Korean ties and peace efforts on the Korean Peninsula.