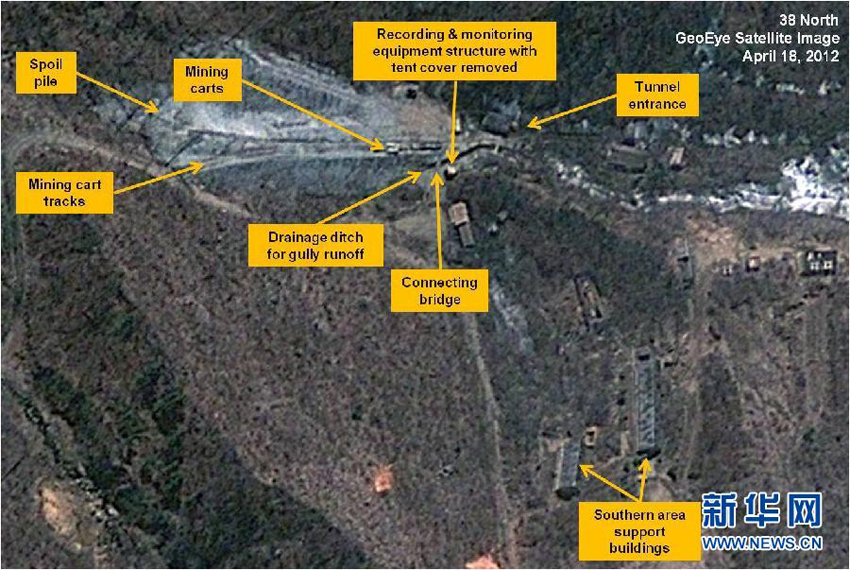 The DPRK side sent a letter through a communications channel at the border village of Panmunjom earlier in the day, saying it invites South Korean journalists from one news agency and one broadcaster to the ceremony for the dismantlement of its Punggye-ri underground nuclear test site, the ministry said in a press release.

Each South Korean media outlet was allowed to send four journalists to the ceremony, which Pyongyang said would be held between May 23 and 25.

During the April 27 summit, top DPRK leader Kim Jong Un told South Korean President Moon Jae-in that he would publicly dismantle the Punggye-ri nuclear test site, where all of its six nuclear tests were conducted, to show his will toward the denuclearized Korean Peninsula.

In addition to South Korea, the DPRK had also invited journalists from China, Russia, the United States and Britain.

The invited South Korean journalists will be required to receive a visa from the DPRK embassy in China before flying to Kalma Airport in Wonsan on May 22 together with other journalists. They will use the accommodation and the press center at Wonsan.

Journalists will be visiting the Punggye-ri nuclear test ground by train from Wonsan. After covering the event, they will return and use the press center at Wonsan.

The invited journalists will return home from Kalma Airport in Wonsan by private plane on May 26 or May 27, according to the press release.