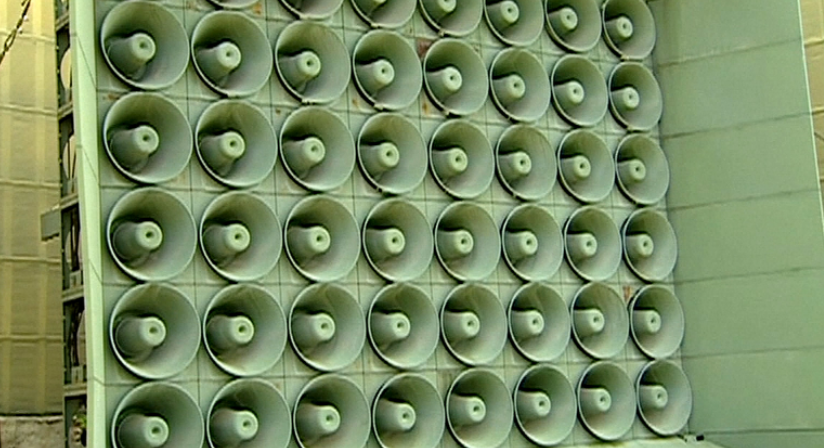 The Democratic People's Republic of Korea (DPRK) was removing propaganda loudspeakers from the border area with South Korea in a bid to enforce the Panmunjom Declaration, announced after the inter-Korean summit last week, local media reported Tuesday citing the South Korean military.

An unidentified South Korean military official was quoted by local media as saying moves were spotted earlier in the day pulling back loudspeakers from the frontline areas.

The DPRK is reported to have operated about 40 fixed loudspeakers along the heavily fortified inter-Korean border to conduct psychological warfare against South Korea.

South Korea's military, which had operated some 40 mobile and fixed loudspeakers, planned to remove them from 2 p.m. local time (0500 GMT).South Korea's anti-DPRK broadcast through the loudspeakers was already stopped on April 23 ahead of the summit between South Korean President Moon Jae-in and top DPRK leader Kim Jong Un on April 27.

After the third-ever inter-Korean summit at the border village of Panmunjom, Moon and Kim signed and announced the Panmunjom Declaration.

Under the declaration, the two leaders agreed to stop all hostile acts, including the propaganda broadcast and the distribution of leaflets, and remove tools for it in areas near the military demarcation line (MDL) dividing the Koreas since the end of the 1950-53 Korean War. They agreed to change the MDL into an actual peace zone.