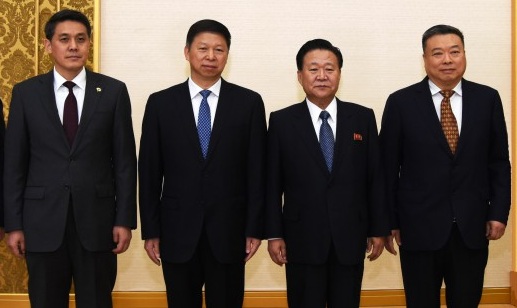 Video filmed by Pyongyang's state news agency KCNA showed the Chinese delegation meeting with Choe, the secretary of the Central Committee of the Workers' Party of Korea.

Song stressed that China's stance is to steadily develop the traditional friendly relations between the two parties and countries, the agency said.